If you live near Canary Wharf you might regularly pass a rather modest brick building, but hidden within is a industrial delight to see.

What looks at first glance to be a power plant is in fact a massive water pumping station that is still in use to control the level of water in Canary Wharf’s docks.

This is the Westerrry Impounding Station.

When the docks were first built, there was a problem with silt from the river entering the docks when the lock gates were opened at high tide. Without regular dredging, the docks would have eventually filled up with mud.

An Impounding Station was first attempted by (Sir) John Rennie in 1828 near the Blackwall entrance to the docks, but it wasn’t really much good. The aim was to maintain the level of the water so that when the lock gates were opened, the Thames wouldn’t flow in. Basically, the docks water level was kept higher than the Thames.

The first successful Impounding Station was built in 1893 for the Royal Albert Dock, and the one I am writing about came into operation in 1930. 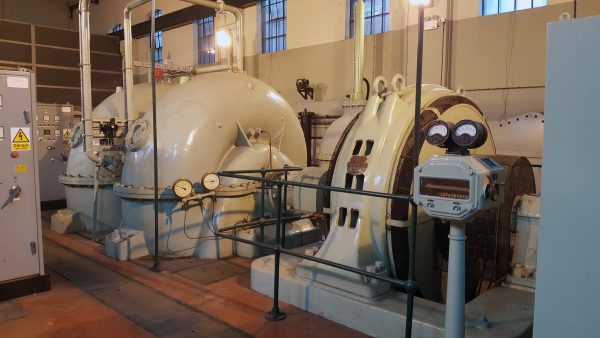 Originally the building was supposed to be quite a grand affair, but the current modest brick and sloped roof was the result of post-war austerity.

Outside, a large set of locks that had long been out of action were converted into a water inlet for the docks. In 1926-9 a concrete dam was built across the lock and the impounding station next to it, and the whole thing started work in April 1930.

Recently restored and upgraded, the three pumps are the original ones, and although the electric controls are now modern, they’ve retained the old controls in the room as well. Inside the pumps, the original wooden shafts are still in use, being made of a particularly hard wood that’s lasted nearly 100 years of being spun around.

Although most of the station has the air of clean mechanical motion, in one corner is the former staff room with a surprisingly strong glass window, thick concrete ceiling and a blast wall inside the door.

Were the engines prone to exploding? No, but something else was – the building was considered a prime target during WW2 as hitting it could have seriously hurt the dock’s ability to handle cargo. Fortunately the building was never hit, and the quality of the air-raid shelter additions to the office space never tested.

Three pumps are in the building, and at the moment, the bearing for one is currently being repaired, which the guide happy told us was costing less than forecast, so they have to sell fewer jars of marmalade to pay for it. 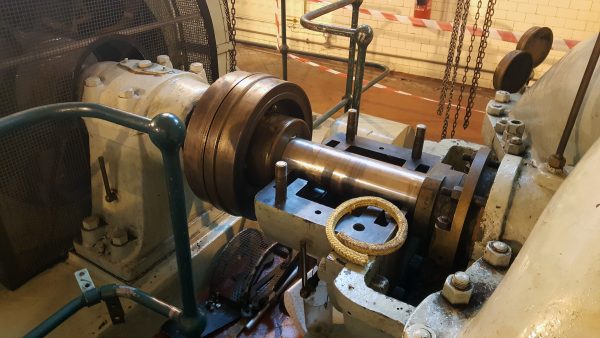 This curiosity is because the Impounding Station is owned by the Canal & River Trust, a charity which manages all of England’s canals and associated infrastructure.

The three pumps when at full power, are capable of pumping 65 million gallons into the docks over a four-hour period around high tide, and if you walk past at times you might hear the whirring sound of the engines coming into action. 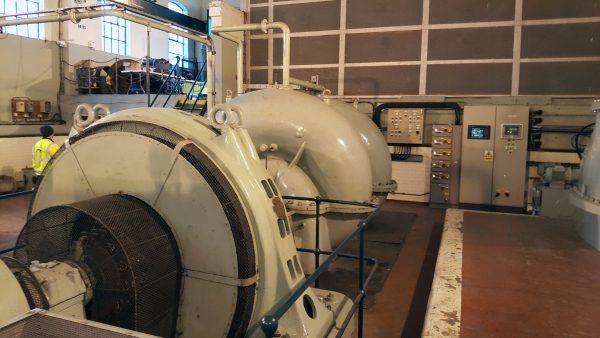 So if you live nearby and ever wondered what causes that sound and what lies within this brick building, now you know, so maybe buy a jar of marmalade so the engines can keep on whirring. 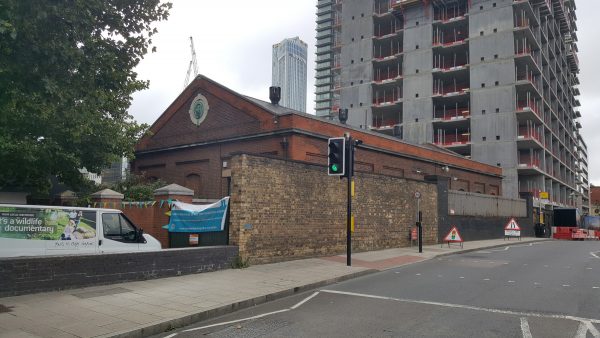