Posted on 22 January 2012 by Posted in Miscellaneous

Sitting on the corner of Sydenham Hill road in Forest Hill is the rather sad, yet oddly romantic sight of an early Telephone Box being slowly consumed by ivy leaf. The phone within has evidently long ceased to function, and the several of the glass panels are smashed, but the main structure is still intact, and even the door hinges still work.

Technically, this is a K2 phone box, first introduced in 1926. The crown at the top is punched with holes as they double up as the ventilation for the normally insulated interior. 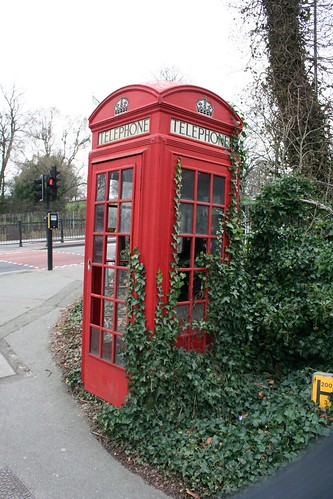 Trivia – the smaller and vastly more numerous K6 boxes come in two types and you can date them by the crown. If the crown is part of the structure, then they are pre-1952, and if there is a slot for the crown to be inserted, then they date from afterwards.

This is because the Tudor Crown was replaced with St Edward’s Crown in England/Wales and the Crown of Scotland north of the border – so they slotted the crowns in after the box was installed on its site, although they occasionally forgot which side they were on when close to the border. 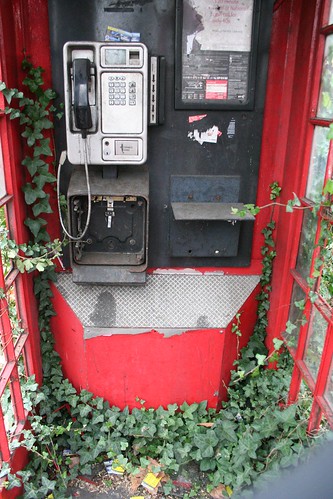 Despite its derelict state, it can’t be removed, as it is listed by English Heritage. Maybe some locals could adopt the phone box and give it a bit of tender loving care?