Dotted around London largely up to Victorian times, were a number of toll gates which charged people to use the road which was often maintained by private trusts empowered by Parliament to charge for the use of the road.

Although the trusts set up to manage the roads used the money to improve and expand the road network, the tolls themselves were loathed, especially where a trust took over a previously free road linking towns. Eventually, many of the trusts were wound up under Acts of Parliament between 1873 and 1878 and by 1888, local councils had legal responsibility for maintaining the roads.

I have previously written about toll gates and here is a map of London’s toll gates as they were in 1857.

There is however one surviving toll gate in London, and it still charges a fee to use the private road it sits on. 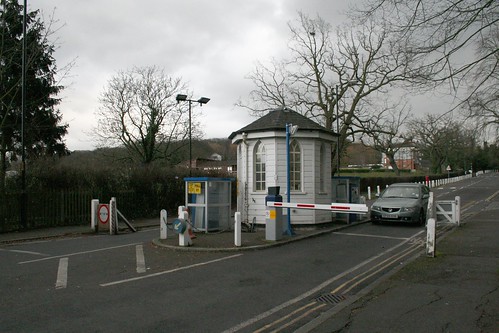 This last surviving turnpike was built in 1789 by John Morgan, who was at the time the Lord of the Manor of Penge and needed road from the top of Sydenham Hill down to fields he rented from Dulwich College.

His lease expired in 1809, whereupon the College took over responsibility for the road and the toll keeper. The toll-keeper’s cottage (listed, grade II) was erected circa 1821. The present barriers and toll booth were installed in 1993.

According to a photo taken in 2007, it cost 50p for a road vehicle to pass through the toll gate, but today the cost has jumped to a full pound coin. Payment is either by cash, or by electronic tag for regular users. 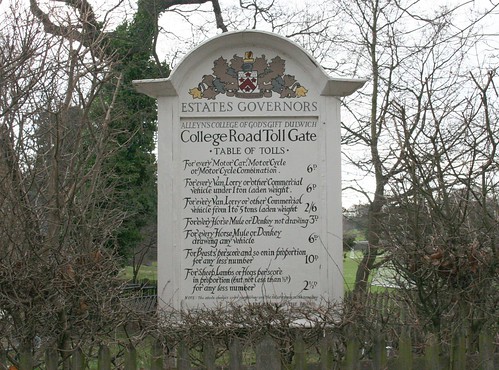 Passing through the tollgate, I was sadly not greeted by a talking watchdog called Tock. However as I waited around for a few minutes, I counted about dozen cars using the toll gate, so while it could have become a rat-run for road traffic, it evidently deters enough cars to make the streets to the south of the gate pleasantly quiet. 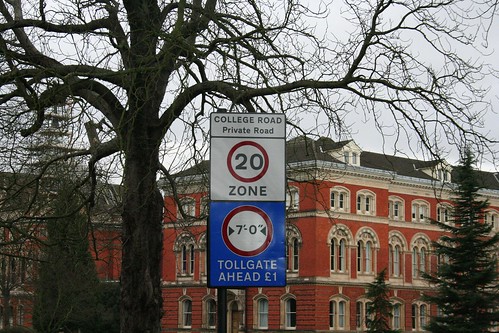 The toll gate is free on Christmas Day. 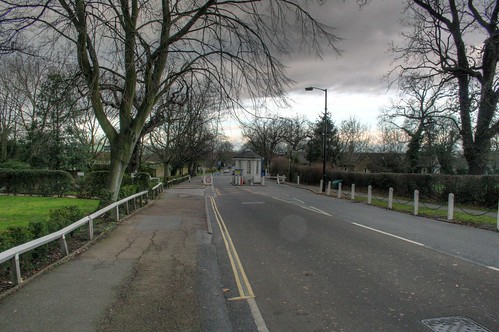