Visit the Prefab Museum — while you still can

A post war relic is soon to be swept away. A hidden flatland in a sea of multi-story buildings soon to be elevated by construction. A community rent asunder by a local council.

The Excalibur Estate in South London by rights should not exist. It was a short term, temporary, transient estate of prefab buildings hurriedly put up by prisoners of war during WW2 as emergency housing.

And yet it is still there, still housing people, and with life significantly shorter than what it chronicles, there is now a temporary museum of life on the estate — the Prefab Museum. 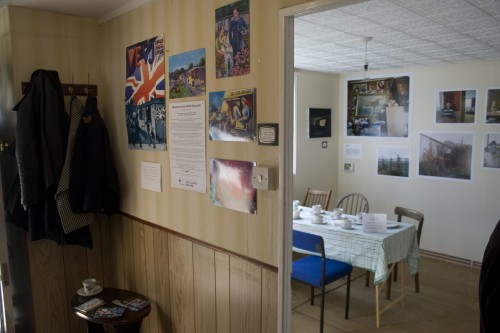 It is the lives of those who live on the estate that give this odd little patch of land so much of the character that is soon to be ripped up. Yes, the architecture is important, and indeed some of the prefabs have been preserved, but it is people who turn houses into homes.

It’s an odd architectural sight as well though — walking up roads lined with Victorian two-story houses, and some roads with 4-story council blocks, you turn a corner, and walk into the sky. For you can look ahead and for a few hundred yards, nothing is seen obscuring the sky. The dome above the head can be finally seen to reach the horizons unimpeded by Victorian brick and tile a dozen yards in front of your face.

It is also a land of the temporary. It is reminiscent of the caravan parks, those curiously immobile sheds on wheels that are fixed in place and while whispering of mobility, seem rooted to the spot as solidly as a brick build bungalow.

Here, the houses are equally transient. short lived houses for post war returning soldiers and only intended to be as temporary as the caravan parks aspire to. And like the caravan parks, the reality of long term residency is the dominant aesthetic overwhelming the temporary nature of the concept behind the estate.

Some houses look untouched, simply lived in, simply occupied for want of anywhere else to live. Others are homes, lovingly cared for within the constraints of the structure itself. Some show signs of wealth as posh garden fences line the road edges, others show less cash and more love as decades of gardening effort proudly display their heritage. 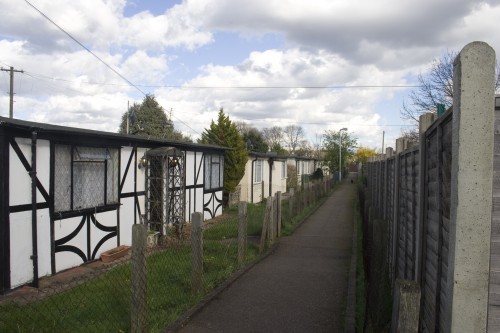 These prefabs looks shabby by modern standards, but to their original occupants, an indoor toilet was a luxury, two bedrooms and a living room unheard of, and goodness, is that an actual refrigerator?

Such were the comforts offered to soldiers and their families, and yet even these luxuries were only a modest waiting room to keep the people content while a mass house building exercise produced even more luxuries and delights.

Of course, most of those new builds ended up being the sink estates of the 1960s and 70s. Left behind were the residents of Excalibur Estate in their cheap prefabs and probably quietly grateful that they had escaped the unintended horrors that could have awaited them in council concrete and crime.

Here lies heavy the decades of memories and community. Place a stone on the ground and it slowly sinks down a bit, becomes part of the soil, immobile. Here the heavy hand of decades of community spirit has sunk into the land and become its genius loci . 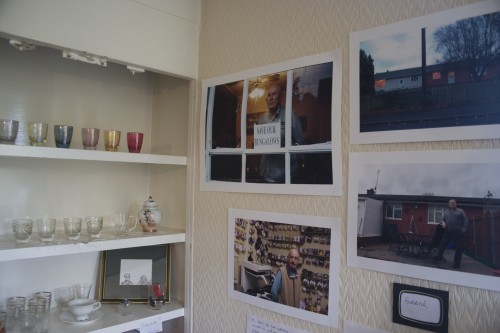 But the leaden hand of government regulation deems these homes to be unsuitable. Too expensive to modernise to modern standards. Too difficult to preserve. Too many reasons to finally sweep away the past.

By an exceptionally tight vote, the residents agreed. I suspect walking around that I could have marked off each prefab resident’s vote by how well cared for the building looked. Half the estate want modern facilities. Half worry about the loss of community and the decades of memories in their home.

So now a dark shadow looms over the estate, literally as well as figuratively, for down one end can be found dark gloomy walls. An oppressive mass slowly consuming the estate as prefab homes are abandoned to its bloated mass — this is the new building site that will soon sweep away this last relic of war time hope.

A few will be saved. A token gesture. A mote of what was there before, restored, modernized, sanitized. Ruined. 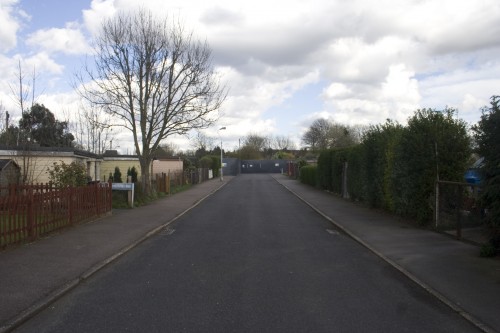 I have no romantic illusions about life in those homes, they would not suit me. But they suit some people. People who so evidently loved and cared for them. For some they are houses. Cold, drafty, small, petty. For some the sense of community can be oppressive. I saw people greeting each other all the time as I wandered around. I prefer some level of anonymity. To hide within walls. 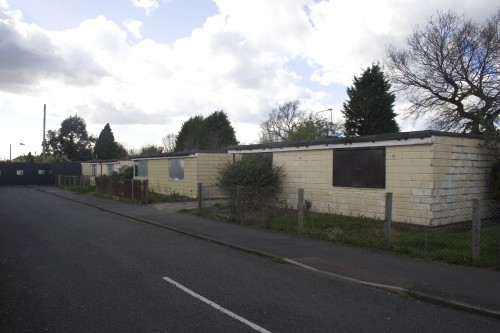 Architecturally, the estate is unique for it is the size of the estate that gives it such an exceptional atmosphere. An architectural Holland dropped in amongst the hills. Soon though, all around will be hills of brick and steel, and a tiny hollow will remain. The grandeur and scope of the wide open arena will have been swept away.

Cut down a forest and leave a few trees and you don’t preserve a piece of the past, you make a mockery of it. Here, the prefabs will be swept away, save a small cluster huddling together. It is an offensive conceit.

But for a few weeks, you can visit the Prefab Museum — in a prefab home. See the polystyrene ceiling tiles, the wooden effect wallpaper, the small bathroom.

And the photos. The photos of the people, the community, the history. 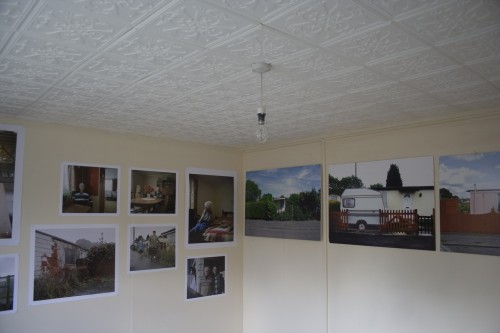 Visit it. Wander around the estate. Do so before it is eviscerated. You have until the end of May. 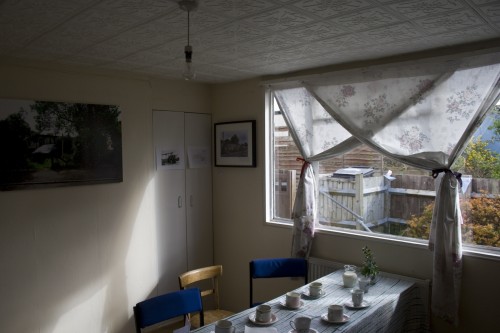 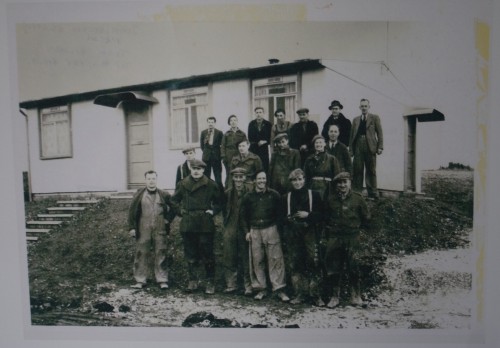 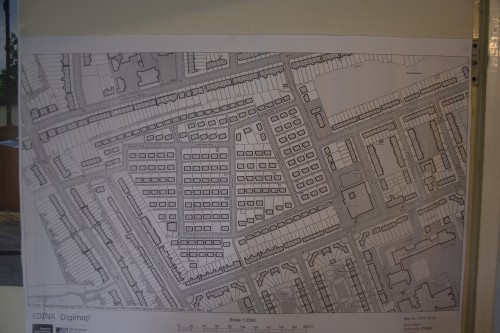 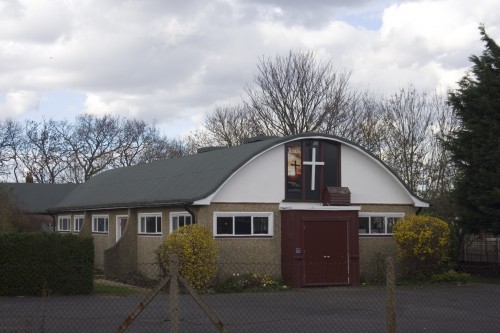