The Barbican sheds infra-red light onto the refugee crisis

Discordant noises in a darkened room with black and white imagery blasting at your eyeballs.

Photos and videos taken using a military grade camera that can spot the infra-red heat signature of a person from over 30 kilometers away. That’s the equivalent of standing on the top of Canary Wharf and spotting a person at Heathrow Airport.

Classed as part of advanced weapons systems under International Traffic in Arms Regulations (ITAR), photographer, Richard Mosse has been using this export controlled camera against its intended purpose, to create an artwork about the refugee crisis unfolding across the world. 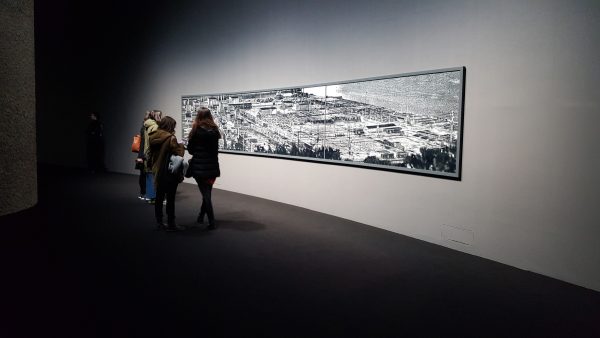 Being infra-red, the photos and videos show up in greyscale, distorting the images from a reality into otherworldliness. Recognizable with effort, but wrong.

Just as the images are distorted, so are the sounds, one video is almost certainly a morgue at work, others less disturbing.

The room is illuminated by the three gigantic 8-metre wide screens, yet seems in perpetual darkness. It’s almost as distracting to try and find a spot without stepping on people, but that distortion seems to add to the effect as the volume of raw noise fills the space. 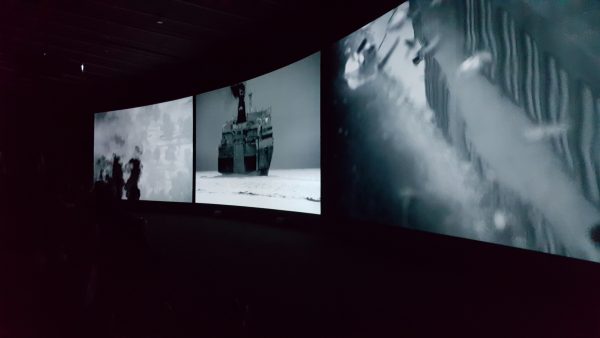 The camera is blind to colour, unlike many of the humans who pontificate on the fate of refugees fleeing conflict zones.

It’s difficult though to equate the work with real people, real refugees, such is the anonymizing effect of the camera used. But in doing so, it bleeds away the all too human need to focus on individual faces in a crowd, and forces you to see the crowd instead.

The exhibition is an experience. 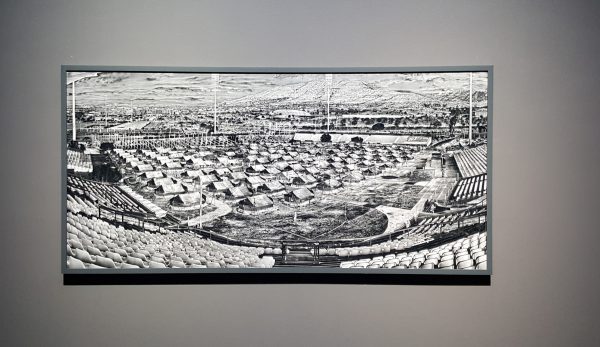 The exhibition is at The Barbican until 23rd April. Entry is free.