Hidden behind a high wall, and a small locked door can be found one of the UK’s finest examples of an Egyptian-style mausoleum, and it is occasionally open to the public. 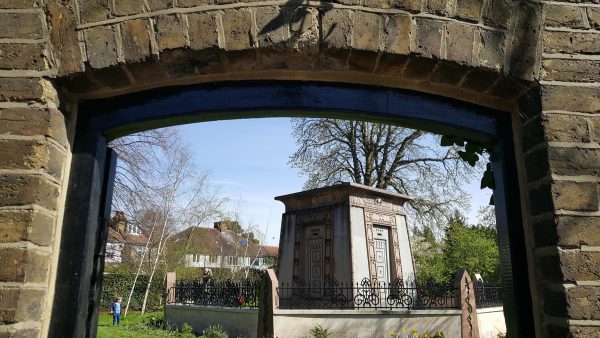 Built on the instructions of the 2nd Earl of Kilmorey in the 1850s, this memorial to the dead was for him, and his beloved mistress.

His mistress, who was not just his legal ward, but also just 20 when she eloped with the Earl, who was by then in his late 50s. Unsurprisingly, the affair scandalised Victorian society.

She died only a decade later, in 1854, and the grief stricken Earl built a magnificent mausoleum for her, and eventually, himself.

It cost a staggering £30,000 and was originally in Brompton Cemetery, but moved a couple of times, until it found its current home, in the grounds of the Earl’s estate in Richmond.

A tunnel was dug from the Earl’s home to the mausoleum, and it is claimed that the Earl would be regularly wrapped in a shroud, and wheeled down the tunnel by his servants, while resting in his future coffin.

As an Egyptophile, he may have been seeking to reenact the Egyptian myth of the rise of the dead, either as a play, or in the hope it might be for real, but whatever the reason, it must have been very uncomfortable for the servants. 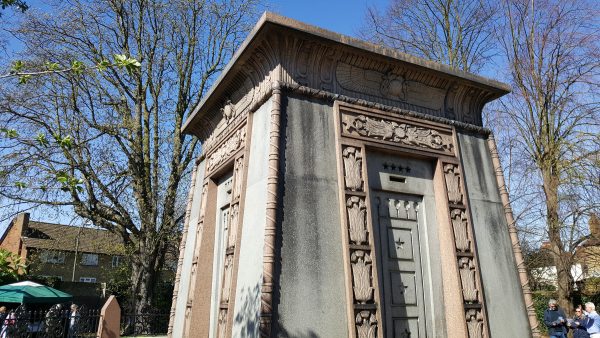 The Earl died in 1880, and was interred in the mausoleum next to his mistress. A space for his son was never filled, as the son had other ideas.

The estate has long since gone though, replaced by housing for more ordinary folk, but the mausoleum remains, in a small garden, hidden from common view.

The Egyptian design is believed to have derived from a plate in a French book, Description de l’Egypte, published in 1809. The shape of the building relates to the shrines at the heart of Egyptian Temples – the place where a treasured image of a god was installed. 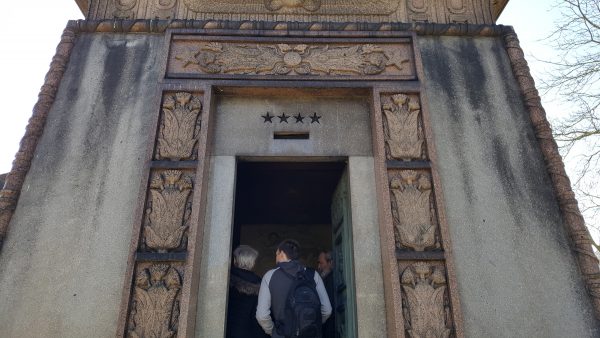 A massive, solid bronze door swings open to let visitors into this resting place for the dead. A small group let in, and the door swings closed with a solid thump, and the reassuring sight of an equally solid door handle on the inside of this otherwise unadorned seal to a tomb.

With a marble plaque shows the Earl and his son grieving over the death of the mother. The whole space is delightfully lit with yellow glass inserts into stars, which give the place a warm feel to the otherwise cold stone. 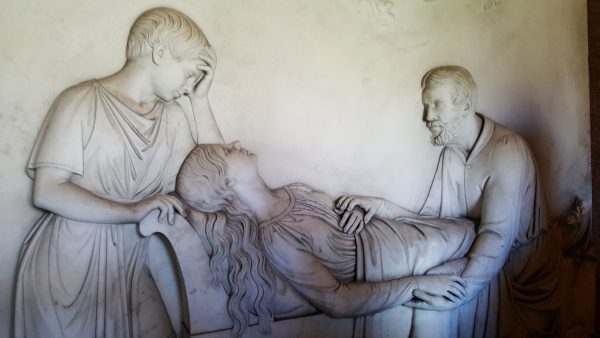 There’s the two coffins, in fairly decent condition, with only some decay to the velvet decorations, although one side did suffer from damp in the past. They are certainly a lot better preserved than most coffins in underground crypts. 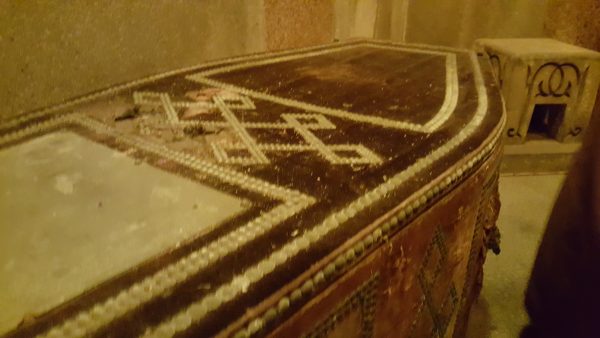 Tours are short, there’s not much space to stand in, barely enough to swing a Bastet, and not much more to see, but what a rare treat to stand where so few have done so before.

In 1936 the grounds of the mausoleum were passed on in perpetuity to the local council on condition that access would be maintained, however, it’s only recently that the site has been opened to the public.

Those occasional tours are highlighted here