Twenty years ago, a signal cabin controlled its last trains on the London Underground, but now a team of enthusiasts are attempting to restore this lost piece of tube history to working order. 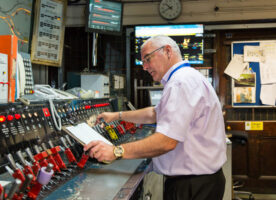 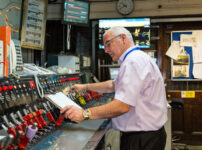 London Underground to open historic signal box to the public

Originally built in 1926 and operated by the Metropolitan Railway the cabin's antiquated technology is still in use.

It was missing when I did the first list, but the astonishing electrical control room at Woking will be open to the public as part of the Heritage Open Days next weekend.

In a few weeks time, one of the best of its grade of railway signal boxes will be torn down, but before that, there is a chance to go inside and have a look.

On the eve of its demolition, there will be a chance to visit a historic railway signal box to have a look inside.