The last of the Crossrail stations to be shown off to the public opened its doors today, giving visitors a sneak preview of what the Elizabeth line station will look like when it opens in December.

As with many of the Crossrail stations, this is a station with two entrances at each end of the platforms, one linking with the existing Central/Northern line platforms, and another at Dean Street which is a stand-alone entrance.

As a stand-alone entrance, it is also not advertised as London Underground, but as the Elizabeth line. 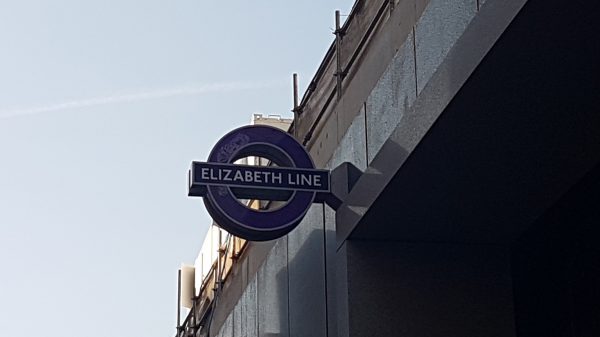 The ticket hall on entry is notable for one thing that’s missing — no ticket office to sell tickets. There are banks of ticket machines for those who need them, but the main feature are the high glass walls to bring loads of light down the escalators, and the metal lampshades which are a feature of this end of the station.

Oh, and the dot-matrix design, which is actually a map of the area, and if you stand back, you can start to make out the streets around Soho on there. 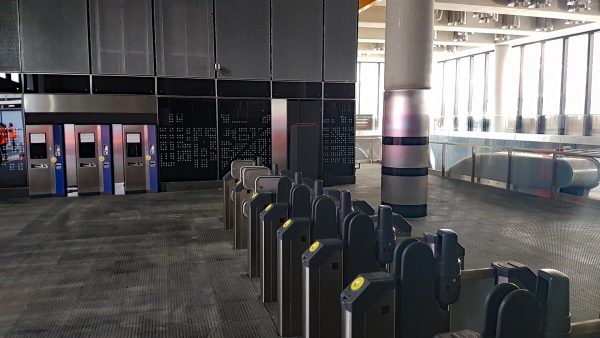 The western ticket hall is dark and cinematic, reflecting the nocturnal economies that characterise the area. At this site, black is the colour of choice for the glass and stainless steel inside the station.

Here people descend down one of the longest escalators on the London Underground. The escalators are notable for the strip lighting that now runs above the shoe-polish brushes, and there will also be uplighting in the middle of the escalators. The escalator sides which normally have panels for adverts will be a single “ribbon” running from the top to bottom for super-long adverts instead. 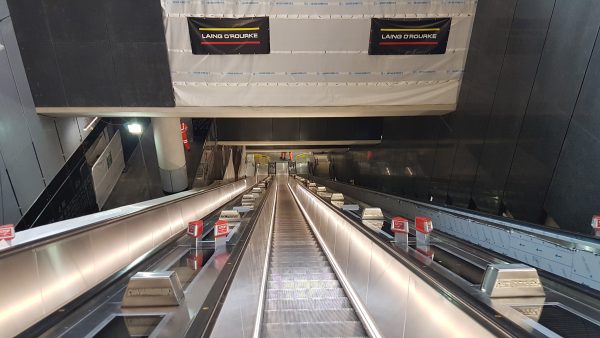 Down at the platform levels, for the first time, it was possible to see the sheer scale of the Crossrail project as never before, as the entire length of the platform was opened up. Your correspondent, who has been down here several times still managed to gasp slightly at the size of the platforms, now that they’ve been largely cleaned of construction kit. When the public comes down, it’s going to be jaw-dropping. 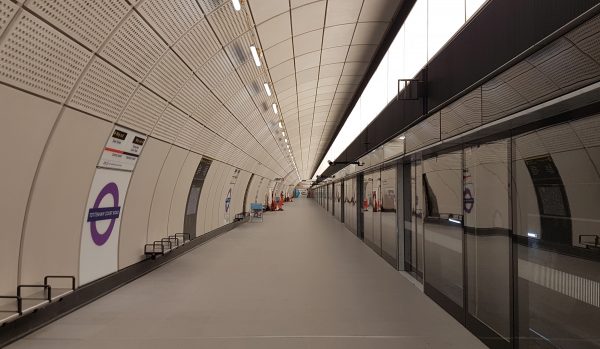 Also on show for the first time, although we knew about the design, was the way the signage would work on the platforms. The intention to have just a few poke out signs showing ways out, and then above each of the doors will be the next-train indicators. No more ducking down to see a distant display screen that’s badly obscured by a way out sign in front of it.

Digital advertising panels are in the glass wall, there are no adverts on the far side of the tracks, as there are on the Jubilee line. 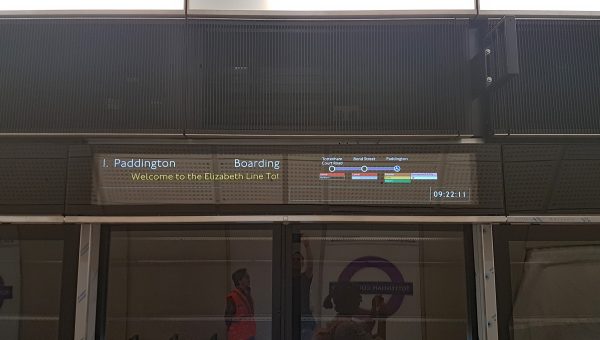 If you fancy swinging off the security camera poles, they’ve been tested to carry a very heavy person, although with that many cameras down here, you’ll be clearly visible on camera for the court case later.

The connection tunnel to the Northern line switches from the Crossrail curves to the London Underground preference for boxes, as it creates a visual signal that you’re passing from one line to the next.

Here, at the Centrepoint end of the station, the black tiles above have been replaced with red in recognition of the area’s culture – it symbolizes the red curtain inside the theatres.

One this visit was also a chance to see something that shouldn’t ever be seen again — the emergency lighting in the uplighters at work. The side panels will come on if they’re needed, but normally will be blank frosted glass. The little stick out ears on the uplighters (and along the platforms) are radio antennas for the communications network. 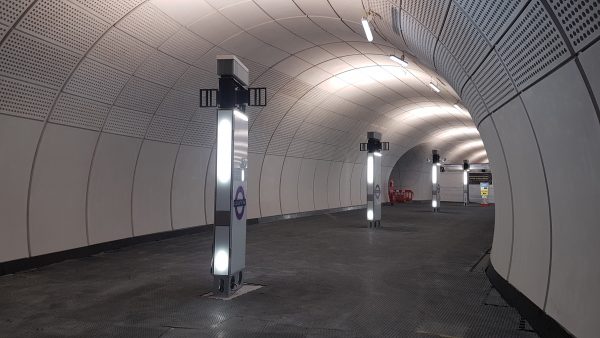 That’s probably the last of the station previews being run by Crossrail as it hands over to the Elizabeth line, but look out for one more chance to see the line before it opens to the public, which should be in a few months time. 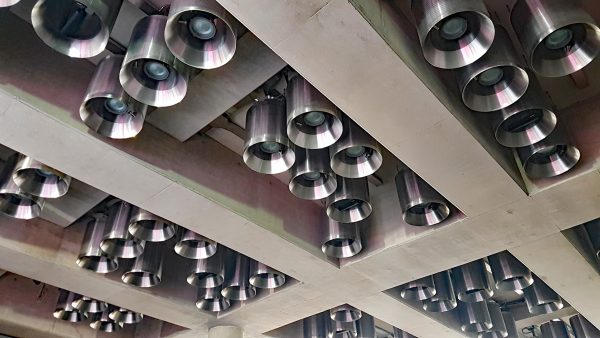 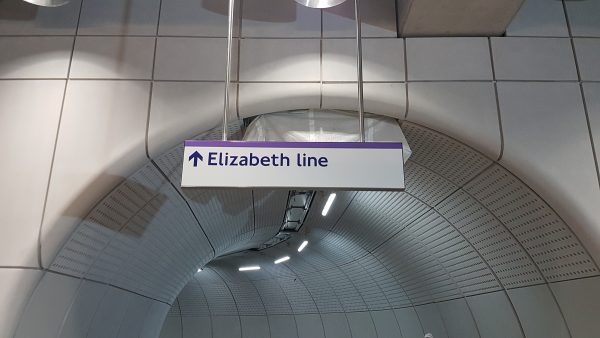 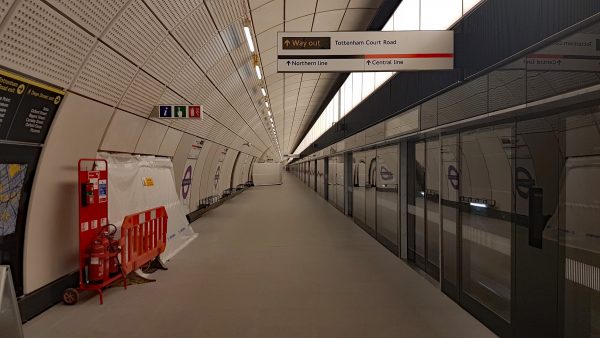 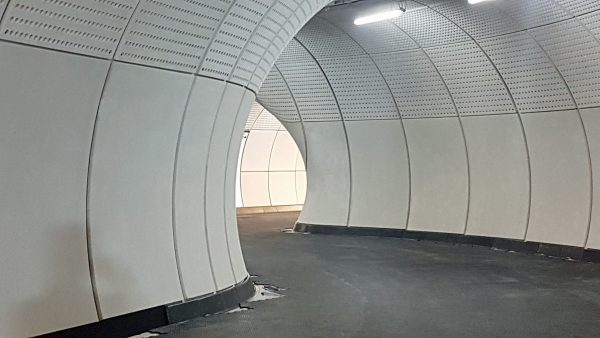 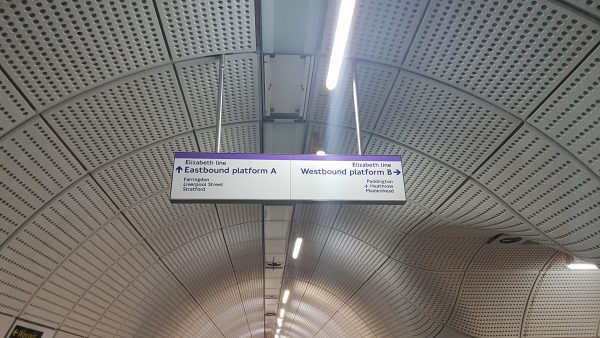 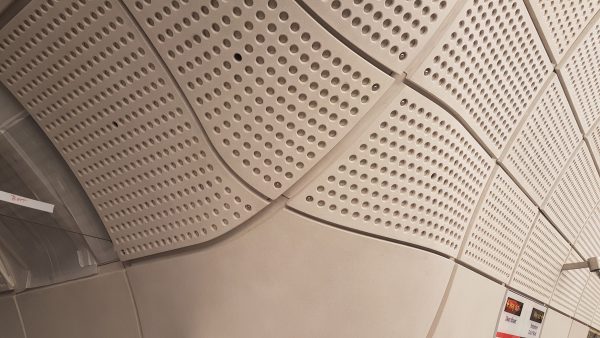 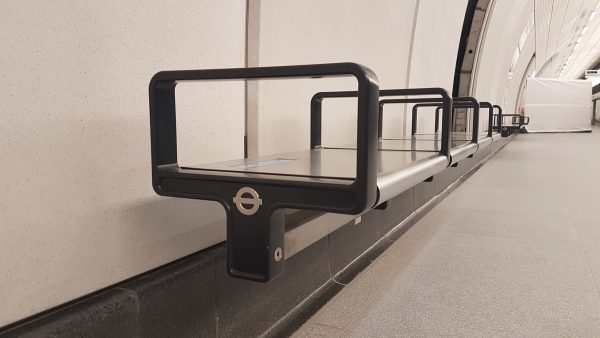 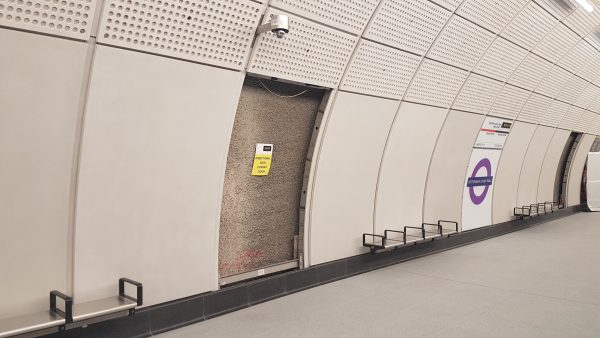 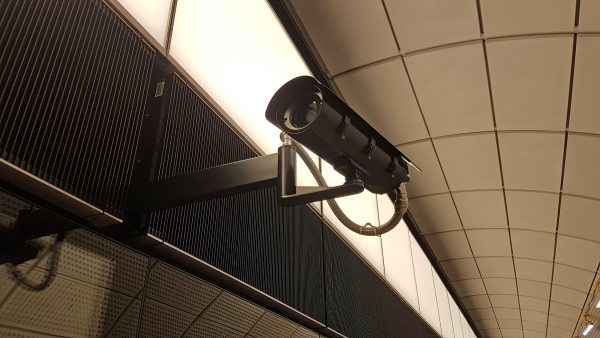 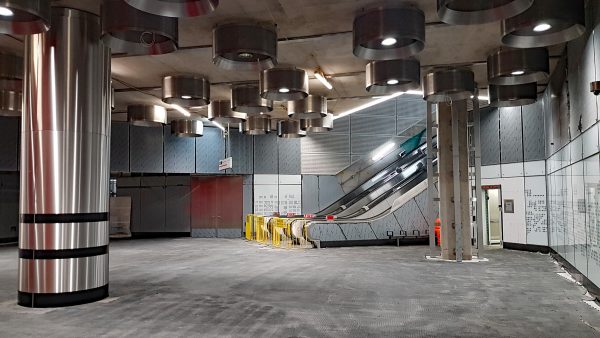 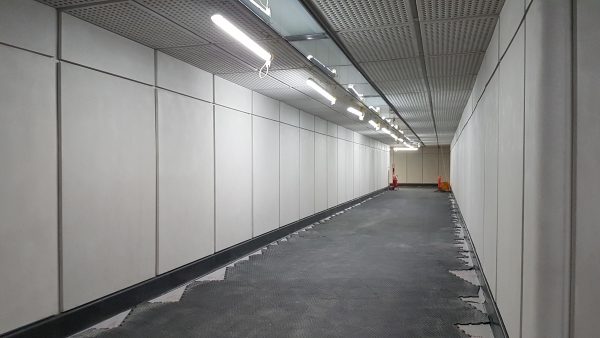 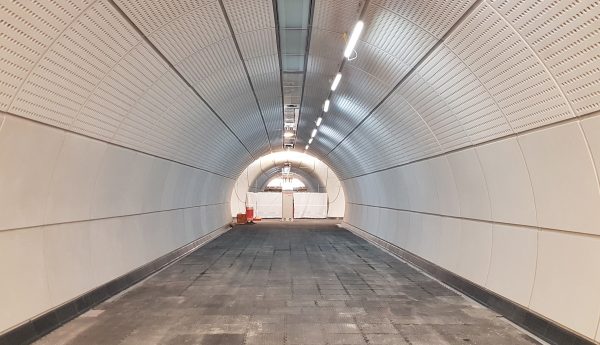 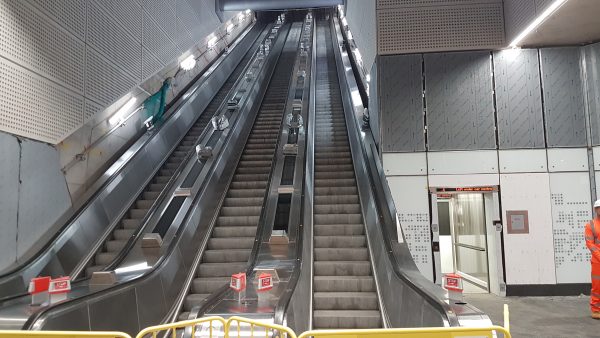 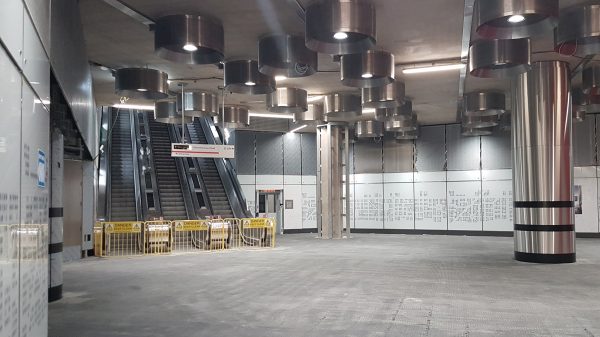 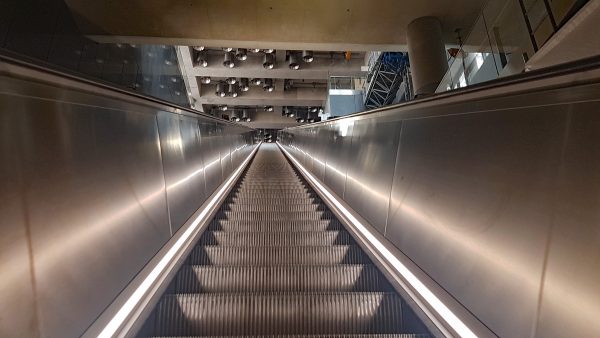 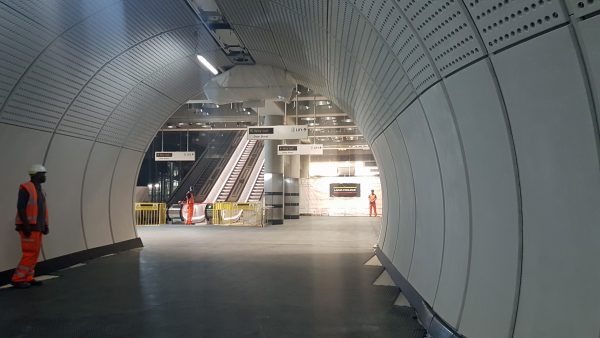