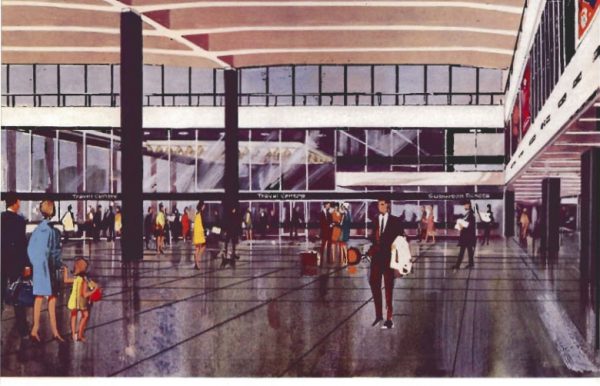 VIP-Polymers has manufactured a ground-breaking new low smoke and low toxicity natural rubber matting system for use on the London Underground. British Plastics

How many tube stations are there? Diamond Geezer

London Underground engineers have completed their biggest test to date of brand new signalling that will see more trains able to run closer together in the future. IanVisits

Horrible Holborn: When Postponement Is Not An Option London Reconnections

More than 1,000 apprenticeships have now been created since the start of the Crossrail programme in 2009. Crossrail

A joint venture has been awarded a £20m contract to design and build a new workshop for London Underground’s train modification unit at its Acton Works depot. Construction Index

A few weeks ago a new document appeared on the TfL website, announcing the design rules that will apply to the new Elizabeth line signage. IanVisits

The first of two tower cranes will be arriving at Twickenham Station on Christmas Day. Local Guardian

A train station near a famous art gallery has gained its own art display, courtesy of the local school. IanVisits

Two 16-year-olds have been arrested after a teenager was made to apologise for being gay during a London Underground attack. Sky News

And finally, settle in for perhaps the greatest transport ghost story of them all: Charles Dickens’ The Signalman. The Beauty of Transport

Image above is from April 2013: In praise of Euston Railway Station