A patch of council housing in Clerkenwell has been recently improved by replacing concrete and cars with grasses and greenery. What is known as the Percival Triangle is a classic area of post-war council blocks, with lots of paved over areas and spaces given to the king of the roads and little to people who used to play in the streets before being shifted into the towers. 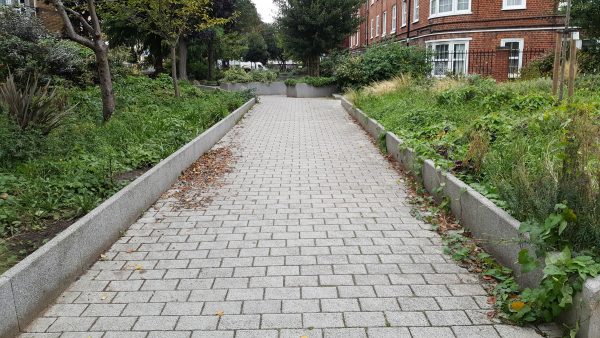 Plans to do something to improve the area emerged in 2008 as part of a wider improvement scheme, and the paved section of Malta Street was converted from a place to walk through quickly into a haven of wildlife. Although there were already some trees in the paving, as is often the case, they end up looking like tokens added to tick a box rather than part of a coordinated design to enrich an area. 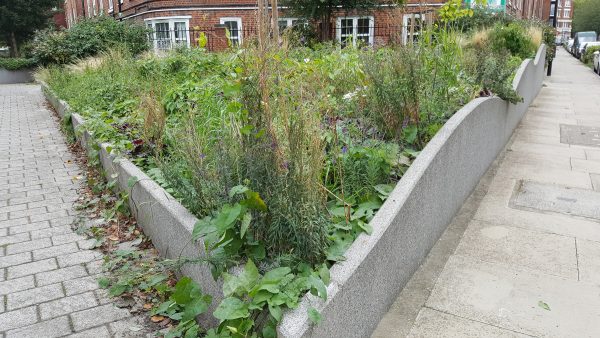 The idea was to narrow the overly wide pavement and in some places cut back into the walls surrounding the council blocks, and then build raised beds around the trees, creating fresh parkland. The use of raised beds also reduced the need to dig deeply into the ground, with the attendant cost of having to move pipes and electricity supplies. 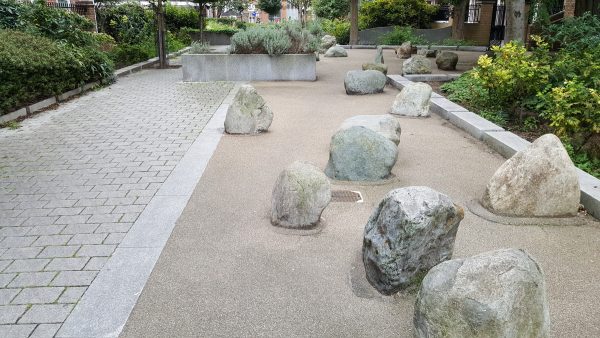 The planting and design of what emerged was carried out by Crasemann LA, and it seems to have aged well over the 6 years since the plants were installed. 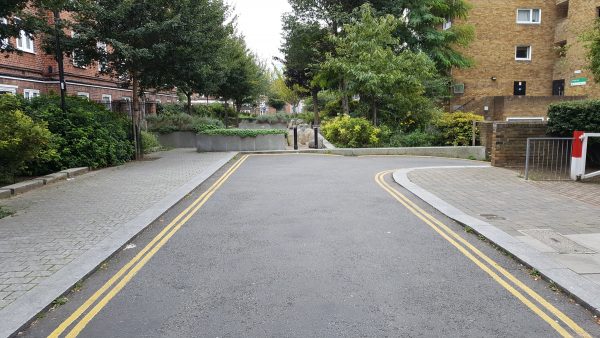 What’s been created is a linear park with a rather pleasing ornamental stone garden that was enticing enough a few months ago to catch my eye when out for a random wander around the streets and take a closer look.