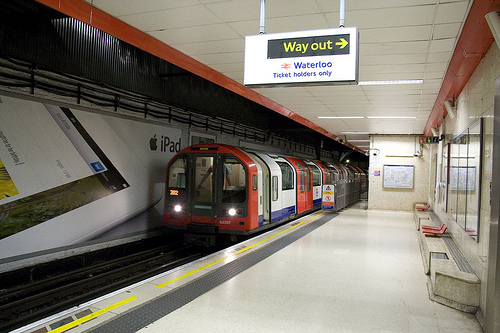 The last train of the new S Stock fleet has been delivered from Bombardier’s site in Derby to London Underground’s Ruislip depot. Global Rail News

Just 67 crimes have been reported in almost 1.5 million journeys since the launch of the Night Tube, figures show. Standard

To support the new runway at Heathrow, Andy Milne argues for a comprehensive strengthening of the airport’s rail links. Rail Staff

Whitton station’s £5m upgrade – which includes a new accessible footbridge and two lifts – has been officially opened to the public. Local Guardian

The final countdown to the launch of a new Chiltern Railways service between Oxford and London Marylebone after the latest railway upgrade was finished on time. Oxford Mail

Operator c2c has now published its timetable for next year, on the same day that the first of its six brand-new Class 387 EMU trains entered passenger service. RTM

The headline says TfL fares frozen until 2020. Reality says you might be paying more. Diamond Geezer

And finally, A commute of over two hours each way? Super The Guardian

The image above is from July 2012: An unusual train movement on the London Underground