Living in the Barbican Estate

As part of a series of exhibitions about the construction of the Barbican housing estate, the latest takes a look at how the empty concrete shells were turned in homes to live in. 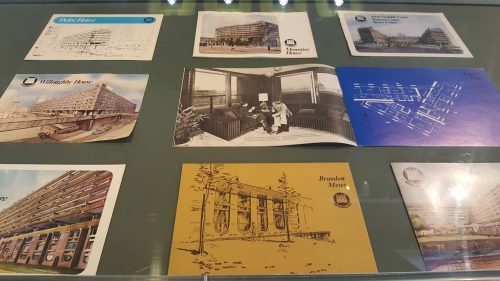 Although the objects on display show how much thought went into the design of the elements to create a single unified appearance to the estate, it’s the notes accompanying them which are the most fascinating.

A press release from the City of London announcing flats in the Barbican would be rented out with rates ranging from £525 per year.

In modern money, that’s £6,700 to rent a flat in the Barbican for a year. If only they were as cheap today! 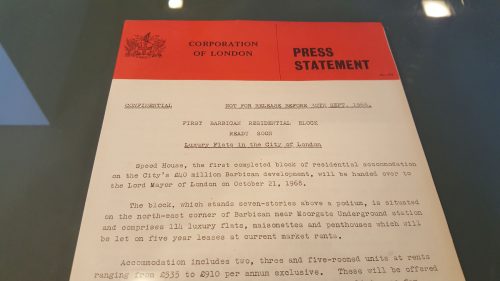 Despite that, the homes were considered to be high quality, and indeed sold as a top of the range flat, although it was accepted that to afford them, some luxuries might have to be sacrificed.

There was however some concern about the size of the kitchens, leading to the architects having to build a mock-up kitchen and hire a top chef to show that it was possible to cook a 3-course meal in one. Presumably the rent didn’t include the chef. 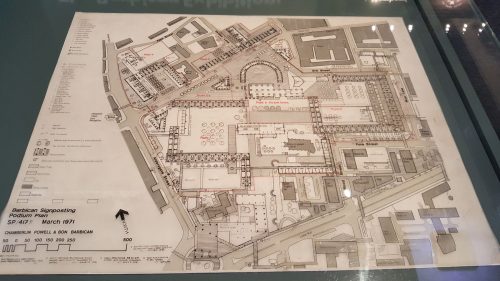 Although the Barbican is today thought of as a space where the pedestrian rules, it turns out that the layout of the flats is with the motorist in mind. Each flat was to have at least one parking space each, and the layout of the car parks dictated where the tower blocks would go.

Today it is unthinkable that a city-centre development would be so car-oriented.

It also turns out that a series of concrete slabs that were cast to test the various finished for the Barbican still exist — in a basement under the estate. 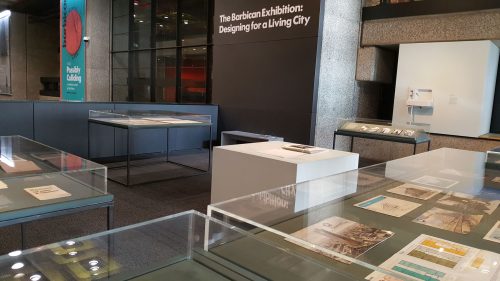 The exhibition is in the main foyer of the Barbican Centre, and is open until 16th October.