Dripping blood on display in Peckham – as Art

A warehouse in Peckham is filled with blood at the moment, pumping, dripping, splattered, filling a gallery with the life force of humanity.

A sumptuous feast for the eyes has opened at the Queen's Gallery with their latest exhibition devoted to Canaletto, and his paintings of picturesque Venice.

Three new posters to appear on the London Underground

The annual exhibition of new posters by today's illustrators has opened and you'll be seeing three of them in tube stations shortly.

The Barbican sheds infra-red light onto the refugee crisis

Discordant noises in a darkened room with black and white imagery blasting at your eyeballs. 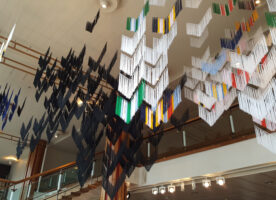 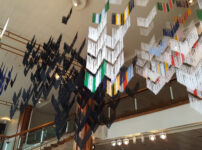 A cascade of Sami chevrons in the Southbank Centre

A thousand woven chevrons hang over the heads of visitors to the SouthBank Centre at the moment, adding droplets of colour the ceilings above.

See a compendium of craftsmanship in central London

Behind a closed door in an anonymous house on a posh garden square lies a prodigious display of modern craftsmanship. 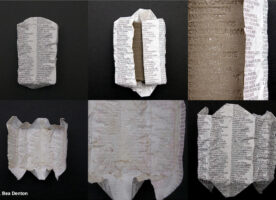 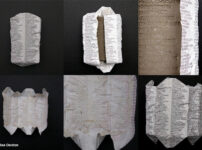 Imagine a fusion of Doctor Who's famous villan, the Dalek and some of London's more famous street icons, and you have a work of art by Stu MacKay. 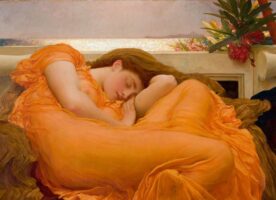 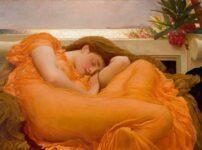 It’s Flaming June in London but only until April

A painting, once lauded, then lost, rediscovered by a builder, sold for its frame only, dismissed as junk, and now a priceless work of art and back at its place of birth, in London. 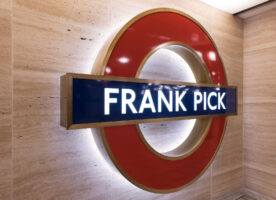 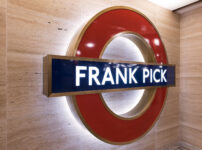 Free London Underground art will be handed out

Tomorrow (22nd Nov), if you are at a select number of tube stations, you might leave with a printed piece of artwork, 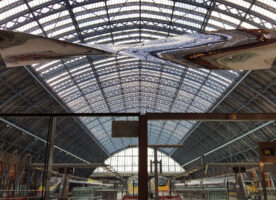 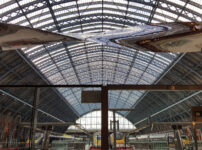 A spinning blade of polished steel in St Pancras

At the moment, if you go to the upper floors at St Pancras Station, there's a massive steel twisted blade spinning overhead.

Gerald Scarfe and Pink Floyd at The Barbican

Drawings and designs by the surrealist artist, Gerald Scarfe are on display at the Barbican at the moment.

For one day next week, there will be a small display of astonishingly small model trains at King's Cross station. They're carved out of pencils.

Southeastern Asia Puppets Shown off in the British Museum

A new display has opened in the British Museum, of puppets from Southeast Asia - and its probably the first time many of the objects have gone on public display.

To mark the latest Olympic games, some of the Paralympians have been rendered into art form and are on display at the Crossrail station in Canary Wharf.

Where the Shadows are so Deep at The Barbican

A curved expanse drifting into darkness and miniature illuminations are interspersed with red flowers dripping blood.