The South Kensington subway – a history

Running under the road between South Kensington station and the Museums is a Victorian subway, and depending on how you look at it, it's either longer than it was, or shorter than it should be.

An unexpected history in the stone benches outside Kensington’s museums

If you wander along Exhibition Road to the museums, you might spy a cluster of old stone benches amongst all the modern street furniture and wonder why they're here.

Plans to redevelop the land around South Kensington tube station have been recommended for approval by a planning inspector report, although the final decision lies with the Councillors.

This is a large garden square near South Kensington's museums but hidden away behind rows of houses so only the locals know about it.

A South Kensington building that looks like a posh hotel is in fact a collection of art galleries -- and it's freely open to the public.

This is another of the posh mews that were once shabby stables, and it can be found just around the corner from South Kensington tube station.

The famous repository of forgotten umbrellas and teddy bears, the Lost Property office is moving home after nearly 90 years in its current home.

A hotel near Gloucester Road tube station has been redecorated with a design based on the London Underground. 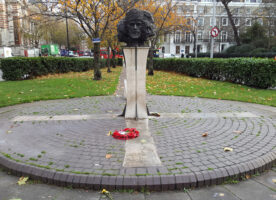 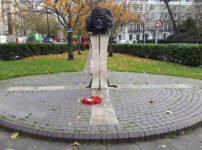