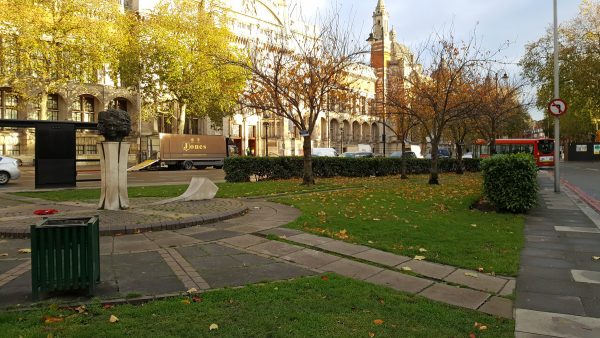 The land on which the garden is situated was first described in 1928 when it was part of the Crown Estate by the Report of the Royal Commission on London Squares as a ‘grass plot with a few trees’.

The memorial is known as Twelve Responses to Tragedy (or the Yalta Memorial), and commemorates people repatriated to Eastern Europe and the Soviet Union as a result of the Yalta Conference at the conclusion of World War II. 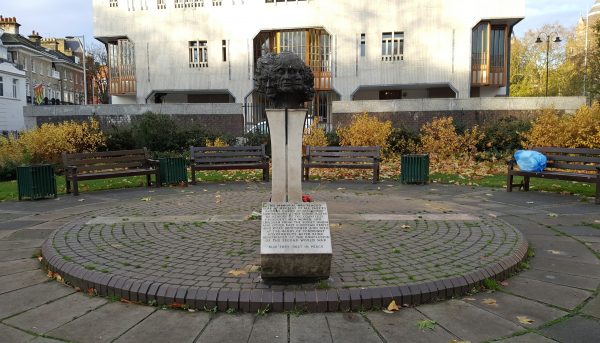 The impetus for the memorial can be traced to letters in the 1970s to The Spectator and The Times calling for something to remember those who were “forcibly repatriated by the Allies to the Soviet and Yugoslav authorities at the end of the Second World War, a crime that was carefully hushed up at the time and even concealed from Parliament for fear of the outcry that would have resulted” 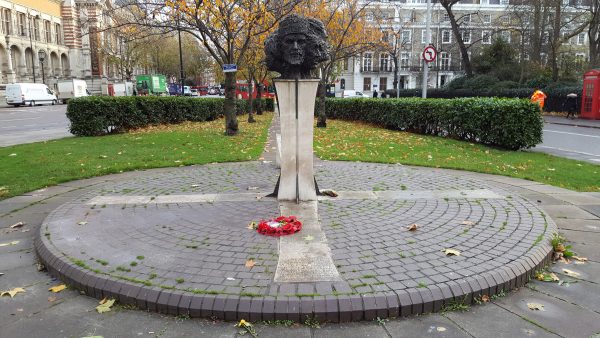 The location was however to be a problem, as the small park is owned by the Crown Estate, and the Foreign Office had concerns about placing a memorial on government land that explicitly criticized former UK government policy.

It was eventually approved in May 1980 by Margaret Thatcher, and dedicated in March 1982.

Sadly, that memorial was repeatedly vandalized, and eventually, a different replacement was made by the same British sculptor, Angela Conner, which was rededicated in 1986 and remains to this day. 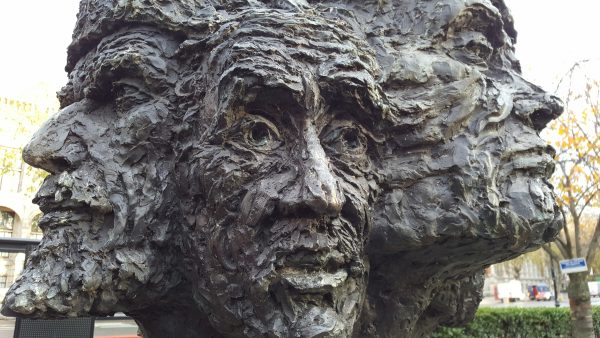 The work consists of twelve bronze busts atop a stone base, with inscriptions around the four corners. 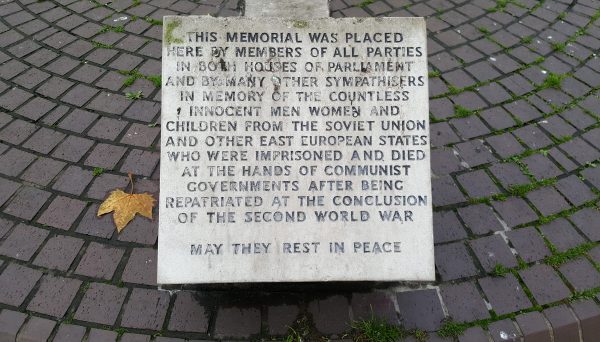 The garden itself is triangular, a central paved path leads to the apex of the triangle, the path is lined by ornamental trees, and a hedge forms a border around the garden.