After a rather long pandemic closure, the large roof garden at 120 Fenchurch Street has reopened to the public, with a very windswept opening week ahead.

The roof garden on top of the office block at 120 Fenchurch Street is to reopen following a lengthy pandemic closure.

This is a wide and tall alley that passes through a modern building, and while the alley looks new, it follows a path that's nearly 600 years old.

A new 36-storey high skyscraper has been given planning permission, and it will have a green wall from the 10th floor all the way to the very top.

Roof garden at 120 Fenchurch Street to remain open at weekends

When the City's largest roof garden opened a year ago, it was to be kept open in the evenings, and for a trial period, at weekends.

There's a chance to go inside the palatial Lloyds Register building in the City of London.

A new roof garden has opened in the City of London, and what it lacks in height, it more than makes up for in width -- it's the largest roof garden in London.

An exceptionally atmospheric alley that burrows its way through history and deep under modern London.

An ancient alley, on a modern alignment that will soon shift sideways, this is the astronomically named Star Alley. 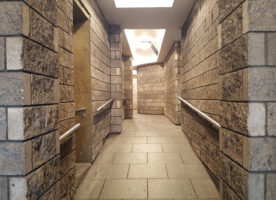 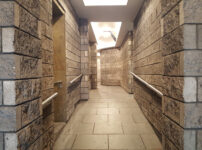 This is both delightful, in a 1980s sort of way, and yet somewhat perplexing alley in the City of London.