Give the gift of membership to a London museum this Christmas

If you want to give something this Christmas that your recipient can use all year round, rather than socks and fragrances... give them the membership of a museum they love to visit.

Does this 17th-century map show an early image of Father Christmas?

A rare map of the Arctic Ocean held at The National Archives may contain some of the earliest colour images ever produced of Father Christmas.

The time your Mince Pies contained mutton, veal and pepper

A 17th-century recipe for mince pies that's recently been found in The National Archives calls for a loin of fat mutton to be minced with a leg of veal.

People love photos of cats playing in front of Christmas trees, so here's my own take on that popular genre. 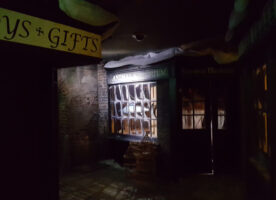 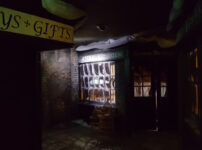 There's a corner of docklands that is forever nightime, where boats are mended, a pub serves no one, and shops sell nothing - and now it's festive time.

Give the gift of a London Museum membership this Christmas

If you want to give something this Christmas that your recipient can use all year round, rather than socks and fragrances… give them the membership of a museum they love to visit.

On the First day of Christmas my true love sent to me:

On the First day of Christmas my true love sent to me:

400 years of Christmas traditions on display

The Geffrye Museum has, as is now traditional for them, decorated its collection of historic rooms as if they are set for Christmas.

Give the gift of Museum Membership this Christmas

If you want to give something this Christmas that your recipient can use all year round, rather than socks and fragrances... give them a membership pack for a museum they like to visit. 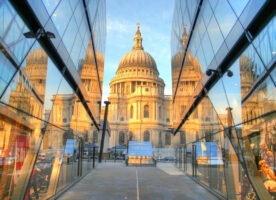 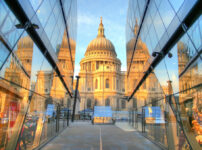 An annual tradition is being continued this Christmas, with an uplifting rendition of Handel's Messiah in St Paul's Cathedral.

The Twelve Monsters of Christmas

Christmas isn't just about a coca-cola marketing gimmick, it has a long and often dark history. Even the kindly St Nick wasn't always the genial character we think of today.

Christmas Lunch for One?

Christmas Lunch, that time of the year where huge families come together in mutual joy or loathing and eat, what is to be honest about it, a slightly larger version of a Sunday Lunch. Christmas Lunch also causes anyone who…

Tis the season to be buffeted this way and that by exhortations to shop early and shop often for Christmas goodies. With some shops setting up Christmas zones in the middle of October, there are the usual complaints about how…

The turkey is cooking, the smell drifts around the single room you call home for your entire family. Small sprigs of holly and ivy, rosemary and bays decorate the room.

There is a museum open on Christmas Day

Nope, not a mistake in their calendar where the generic “open on Saturday” is accidentally left in place, but a proper, special opening for Christmas Day. Considering the strong association with the traditional White Christmas and the novel, A Christmas…

As we approach the end of the year, various festivals start cropping up. Obviously Christmas is the dominant event, but there are a number of events such as Halloween, Bonfire Night etc., to get on with en-route to the end…

Ever since I was a kid, I have always liked the aesthetics of liquor bottles and some years ago I came up with the idea of making up some Christmas Tree lights based on miniature bottles of spirits.

Christmas Carols in the City

Although not especially religious, I do quite like some of the religious trappings of the traditional Christmas celebrations and one of them is attending Carols in a proper Church. None of this “salvation army in a train station as I…

Just thought I’d try and find some background music on my Sky-box to have on while pondering doing some domestic labour in the flat. Flicking through the available listings to see what was available and out of 32 available channels,…