Superheroes to go on display at the Foundling Museum

A new exhibition opening is all about Superheroes, but with a twist — they were all orphaned or abandoned at birth. The exhibition at the Foundling Museum will be the first major exhibition to explore the representation of foundlings, orphans, adoptees, and foster children in comics.

DC’s Superman, who was found by his adoptive parents, is one of many comic heroes who are orphans: Spider-Man’s parents die in a plane crash; Batman’s parents are killed in a street robbery, and Black Panther – whose mother dies soon after childbirth and whose father is killed – is known as ‘the Orphan King’. Marvel’s X-Men experience both discrimination and social ostracisation. The superheroes’ early life experiences impact on their roles and the stance they take over good and evil in their comic lives.

The exhibition will not just be about the superheroes, but also about the creators who had difficult childhoods themselves.

Examining over a century of mainstream comics, graphic novels and sequential art from around the world, the exhibition, Superheroes, Orphans & Origins: 125 years in comics will be exploring the origins and identities of some of the most popular figures in comics.

The exhibition goes beyond the traditional ‘superhero’ genre though to explore characters from early newspaper comic strips, including Skeezix from Gasoline Alley, who was left on a doorstep in 1921, and Little Orphan Annie.

Historical newspapers, original artwork and contemporary digital work will also be on display, as well as examples of international comics rarely exhibited in the UK.

Comics from across the world in the new exhibition illustrate the universal themes of orphans, abandonment and identity. Japanese Manga characters from the 1990s and early 2000s, Kuro and Shiro from Tekkonkinkreet, will sit alongside American comic Jesse ‘Street Angel’ Sanchez and contemporary graphic novel protagonists including Amina from Zenobia (2016), a Syrian refugee.

Original artwork will be shown for the first time by artist Robyn Smith from DC Comics’ 2021 re-creation of Nubia, the black sister of Wonder Woman, who despite her superpowers is told ‘you’re no Wonder Woman’.

The exhibition, Superheroes, Orphans & Origins: 125 years in comics, will open on 1st April at the Foundling Museum and runs until 28th August 2022. 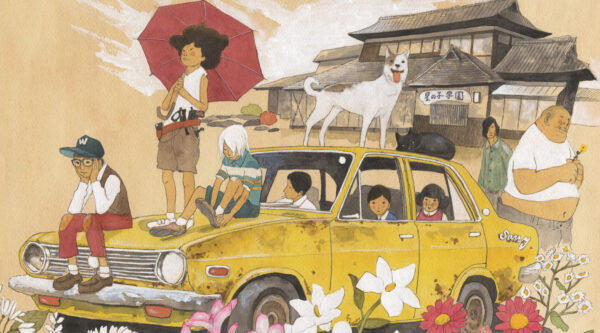