A critically-acclaimed revival of Blithe Spirit by Noël Coward transferred to London’s West End just before the lockdown, but will reopen this Autumn, with Jenifer Saunders as the excentric clairvoyant, Madame Arcati.

It’s a classic Noël Coward comedy of manners and farce, that was also surprisingly poignant at the time it was first shown 80 years ago, with many people coming to terms with the deaths of loved ones during WW2.

In the play, novelist Charles Condomine is researching material for a new mystery book he’s writing. He invites an eccentric medium known as Madame Arcati over to his home to perform a séance. It’s not long before the ghost whisperer conjures up the spirit of Charles’ first wife, Elvira, but Elvira then refuses to leave and sets on sabotaging his marriage with Ruth. Soon both life and the afterlife get a whole lot more complicated.

When it was staged from July 1941, it set a record for non-musical plays in the West End that was not surpassed until 1957 by The Mousetrap. The West End revival this Autumn is headlined by Jennifer Saunders, who returns to the role of the kooky Madame Arcati. Saunders is joined by Geoffrey Streatfeild as Charles and Lisa Dillon as Ruth Condomine. 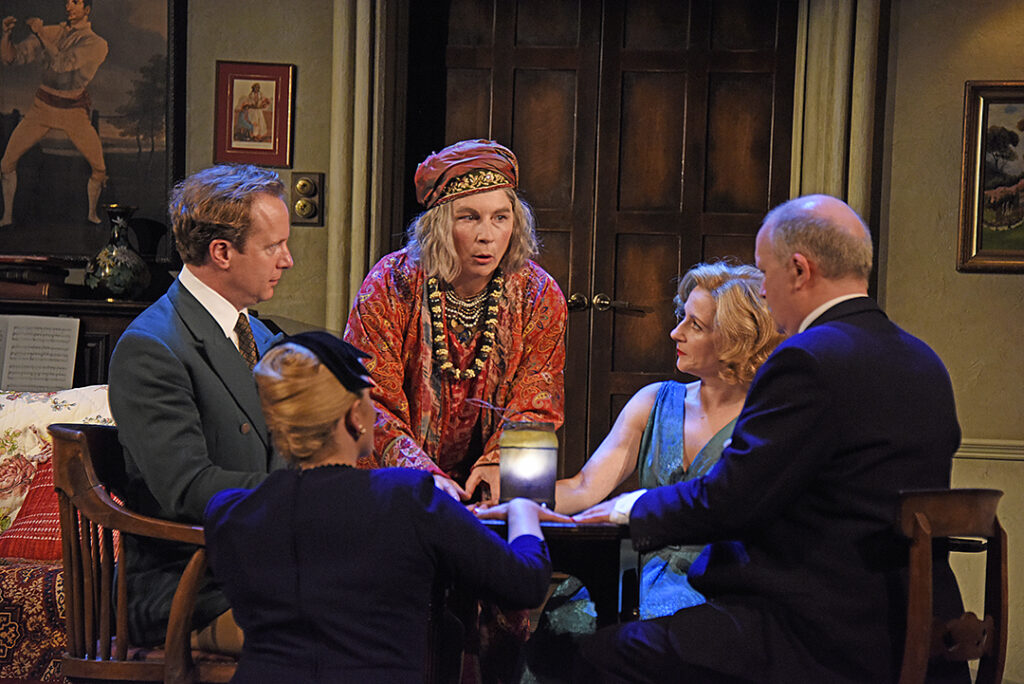