Which London travel zone is Paddington station in?

Paddington station is in London TravelZone: 1

Plan a journey from Paddington station to:

Speed gates installed - which are in operation during periods of non-movement. Loops installed which detect vehicles approaching then activate/open.

Earlier today The Queen paid a visit to Paddington station to officially open the Elizabeth line ahead of its opening to the public next Tuesday.

A set of new tunnels being dug between the Bakerloo line platforms at Paddington have been successfully completed despite the challenging conditions they presented.

The future Elizabeth line station at Paddington has been formally handed over to TfL as part of the process of familiarising staff with their new stations.

The future Elizabeth line entrance is now much more noticeable from inside Paddington station after hoardings were removed alongside Platform 1 recently.

Crossrail has started its twelve-week countdown process to handover the running of Paddington station to TfL.

One of the two western entrances at Paddington station that was closed during Crossrail works has reopened.

Crossrail trains cleared to use the Heathrow tunnel

Last month, a significant achievement took place on the Crossrail project, which is far more important than the headlines make it seem to be.

Paddington Square, the huge office development next to Paddington Station has released new images, including of the planned Bakerloo line entrance.

Photos from inside Paddington’s Crossrail station

Barely noticed by most train passengers passing through Paddington, a huge new Crossrail station is being built next to Brunel’s mainline station.

Tickets Alert: Ride the last ever passenger Intercity125 out of Paddington

Next month, the last ever passenger service HST will leave Paddington, and you can be on board.

Crossrail to launch Paddington to Reading service in December 2019

A letter sent to local politicians has confirmed that Crossrail plans to launch a rail service between Paddington and Reading in December this year.

Work has started on the controversial Paddington Cube, which will also include a new entrance to the Bakerloo line platforms under Paddington station. 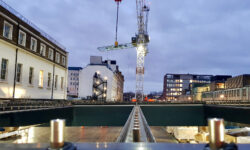 One of London’s largest ever artworks installed at Paddington station

A giant work of art is being installed at the future Elizabeth line station in Paddington — the huge glass roof which will be decorated with clouds. 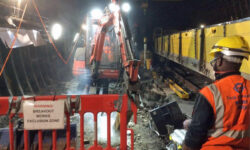 Two weekends of work have seen a major upgrade to the tracks carried out inside the Bakerloo line tunnels.

Riding the Parliamentary Train out of Paddington

Little known and rarely used, but those in the know who wait at Paddington Station at just the right time can take a trip one of the UK’s mysterious Parliamentary Trains. 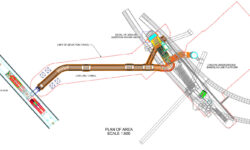 TfL has confirmed what was suspected earlier, and that the Bakerloo Line wont be stopping at Paddington Station from April until the middle of August – because a new tunnel is being dug to link it to Crossrail. 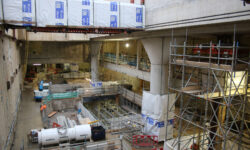 Photos from inside Crossrail’s Paddington Station

Sitting next to Paddington Station, a vast box has been dug down into the ground to create an impressive interchange for Crossrail commuters. 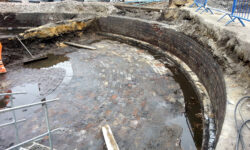 Remains of structures built by Isambard Kingdom Brunel for his Great Western Railway have been unearthed near Paddington in west London.

The new Crossrail station box being dug down at Paddington has dug down deep enough to reach the tunnels drilled out by the tunnel boring machines — and now they are demolishing them.

One hundred years ago today, the process of linking up the tube railway with the city’s main termini was completed with the extension of the Bakerloo Line to Paddington Station.

Photos of the Crossrail Station at Paddington

One of the curious things about huge construction projects, is that for all the disruption they cause to some people, it is quite possible for others to have no idea anything is going on. 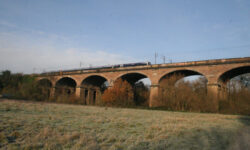 Trains to and from Paddington Station have to traverse a wide, but quite shallow valley near Ealing, and here stands one of Isambard Kingdom Brunel’s great constructions – a massive brick viaduct – known as the Wharncliffe Viaduct.