European society and culture changed dramatically in the mid-18th century. This was an age of opportunity and change, enlightenment and innovation, but also materialism, exploitation and injustice. In an affluent, cosmopolitan Europe, the seeds of modern empire, revolution and global war were being sown.

In Britain, William Hogarth became famous for paintings and prints that captured the new modern experience with energy, wit and humanity. But he was not alone. Across Europe, artists were creating vivid images of contemporary life and social commentary. The rich and the poor, the immoral and self-deluding, the selfish and the selfless, were made characters in pictorial stories that caught people’s imaginations and took art in novel directions.

For the first time, this exhibition will bring together Hogarth’s greatest works with those of his peers across the continent – including Francesco Guardi in Venice, Chardin in Paris and Cornelis Troost in Amsterdam – to suggest the cross currents, parallels and sympathies that crossed borders.

Other exhibitions open at Tate Britain

£18  Walter Sickert
The first major retrospective of Sickert at Tate in over 60 years, this exhibition explores how he had an often radical, distinctive approach to setting and subject matter. 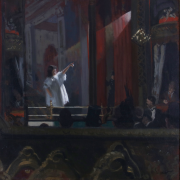 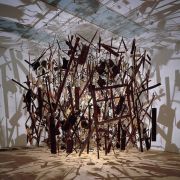