This exhibition explores master goldsmith, Carl Fabergé – who symbolised Russian craftsmanship, luxury and elegance – and the Anglo-Russian relationship which saw the opening of a London branch in 1903.

With a focus on Fabergé’s Edwardian high society clientele, the exhibition will shine a light on his triumphs in Britain as well as a global fascination with the joyful opulence of his creations. Three of his legendary Imperial Easter Eggs will go on display for the first time in the UK as part of the exhibition’s dramatic finalé.

Showcasing almost 200 objects across three main sections, the exhibition will tell the story of Carl Fabergé, the man, and his internationally recognised firm that symbolised Russian craftsmanship and elegance – an association further strengthened by its connection to the romance, glamour and tragedy of the Russian Imperial family.

Unknown to many, the exhibition will explore the Anglo-Russian nature of his enterprise with his only branch outside of Russia opening in London in 1903. Royalty, aristocrats, American heiresses, exiled Russian Grand Dukes, Maharajas, financiers with newly-made fortunes, and socialites flocked there to buy gifts of unparalleled luxury for each other. Fabergé works were as popular in Britain as they were in Russia.

The collection on display will include several that have never before been shown in the UK including the largest Imperial Egg – the Moscow Kremlin Egg – inspired by the architecture of the Dormition Cathedral, on loan from the Moscow Kremlin Museums. The Alexander Palace Egg, featuring watercolour portraits of the children of Nicholas II and Empress Alexandra – and containing a surprise model of the palace inside – will also take centre stage alongside the Tercentenary Egg, created to celebrate 300 years of the Romanov dynasty, only a few years before the dynasty crumbled. Other eggs that will feature include Empress Alexandra Feodorovna’s Basket of Flowers Egg, lent by Her Majesty The Queen from the Royal Collection.

Although Carl Fabergé’s firm ceased to exist, the myth crystallised around the Imperial Easter Eggs and the demand for Fabergé pieces has endured with his designs continuing to inspire, captivate and delight.

Map of Victoria and Albert Museum

Other exhibitions open at Victoria and Albert Museum 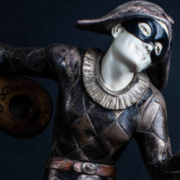 Free  Maurice Broomfield: Industrial Sublime
A display of photographs capturing factories and their workers in an era of rapid transition. 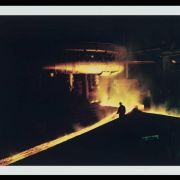 £20  Fashioning Masculinities: The Art of Menswear
The show traces how menswear has been fashioned and refashioned over the centuries, and how designers, tailors and artists – and their clients and sitters – have constructed and performed masculinity, and unpicked it at the seams. 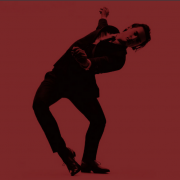 £14  Beatrix Potter: Drawn to Nature
Celebrating the life and work of one of the best loved children's authors of the 20th century. 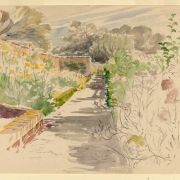 £16  Africa Fashion
Africa Fashion explores the vitality and global impact of a fashion scene as dynamic and varied as the continent itself. 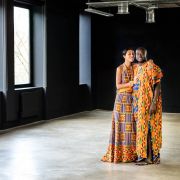