A landmark exhibition on the history, art, literature and culture of Anglo-Saxon England

Spanning six centuries, from the eclipse of Roman Britain to the Norman Conquest, highlights from the British Library’s outstanding collection of Anglo-Saxon manuscripts will be presented alongside a large number of exceptional loans at Anglo-Saxon Kingdoms, our major exhibition opening in autumn 2018.

The Codex Amiatinus, one of three giant single-volume Bibles made at the monastery at Wearmouth-Jarrow in the north-east of England in the early eighth century and taken to Italy as a gift for the Pope in 716, will be returning to England for the first time in more than 1300 years, on loan from Biblioteca Medicea Laurenziana in Florence. It will be displayed with the St Cuthbert Gospel, also made at Wearmouth-Jarrow around the same time, and acquired by the British Library in 2012.

We will be displaying a number of major objects from the Staffordshire Hoard, found in 2009, including the pectoral cross and the inscribed gilded strip, on loan from Birmingham and Stoke-on-Trent City Councils. Bringing together the four principal manuscripts of Old English poetry for the first time, the British Library’s unique manuscript of Beowulf will be displayed alongside the Vercelli Book on loan from the Biblioteca Capitolare in Vercelli, the Exeter Book on loan from Exeter Cathedral Library, and the Junius Manuscript on loan from the Bodleian Library.

The exhibition will also include Domesday Book, which records unparalleled evidence of the English landscape and the Anglo-Saxons’ sophisticated tax-collection system. Domesday Book will be on loan from the National Archives.

Map of The British Library

Other exhibitions open at The British Library

£8  Paddington: The Story of a Bear
Featuring over 50 books, documents, film clips and original artworks, the exhibition explores Michael Bond’s creation of Paddington, from his arrival in the UK from Peru, to finding a new home, and his adventures in London. 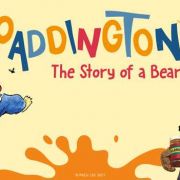 £16  Elizabeth and Mary: Royal Cousins, Rival Queens
Step back into a dangerous world of plots, espionage and treachery to explore the turbulent relationship between Elizabeth I and Mary, Queen of Scots in their own words. 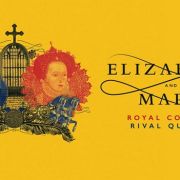 Free  Paul McCartney: The Lyrics
Showcasing previously unseen material from Paul McCartney’s personal archive, this display celebrates the life and art of one of the world’s most successful songwriters and performers.
Open from Fri 5th November to Sun 13th March 2022 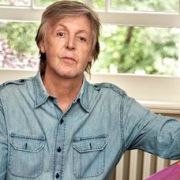