Exhibition: Foe to Friend: The British Army in Germany since 1945

More than a million British soldiers have lived and served in Germany over the past 75 years. Immerse yourself in their stories and follow their evolution from conquerors and occupiers to allies and friends.

Germany has been at the heart of the British Army's story since 1945. After the Second World War, the Army helped rebuild a devastated and divided nation. It provided protection during the Cold War, and later used Germany as a base from which to deploy troops across the world.

This exhibition follows the lives of soldiers in Germany over the past 75 years. It looks at the changing relationship between Britain and Germany and charts the gradual transition from foe to friend.

Discover everyday tales of beer, bratwurst and family life set against intriguing accounts of espionage and military training on a massive scale.

It is a story of contrasts: adversaries and allies, east and west, military duty and family commitments. And at its heart lie the day-to-day challenges and triumphs of living and working in a new home overseas.

Free  West Indian Soldier
Discover the shared military heritage between the UK and the Caribbean in this special exhibition exploring the role of West Indian soldiers in the British Army. 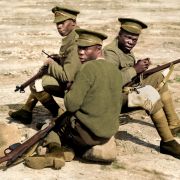 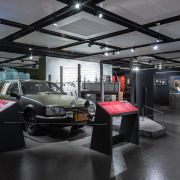