About the Saatchi Gallery

The Saatchi Gallery is a London gallery for contemporary art, opened by Charles Saatchi in 1985 in order to exhibit his collection to the public.

Today it occupies a large building in Chelsea and is home to regularly changing exhibitions, mostly for free with a few large paid exhibitions.

Many artists shown at the gallery are unknown not only to the general public but also to the commercial art world; showing at the gallery has provided a springboard to launch careers

£9  JR: Chronicles
The largest solo museum exhibition to date in London of the internationally recognised French artist JR, featuring some of his most iconic projects from the past fifteen years. 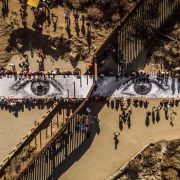 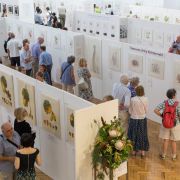 A subversive street artist, JR, whose works are known for their monumental scale as well as the social message has a new exhibition filling the Saatchi Gallery

The Saatchi gallery, founded by the masters of spin has secured the big prize in blockbuster exhibitions with the master of bling paying his last visit to London.

Tickets Alert: A virtual flight though the history of flight

In 1919 two small aircraft firms were set up in the UK and through many mergers became British Airways, which is now marking its centenary with a vision of flight in another century hence.

The exhibition opening later this year will show off 150 original artifacts from Tutankhamun’s tomb, with 60 on their first journey outside Egypt.

Nearly a century after the discovery of his tomb, Tutankhamun is coming to London, for what is billed as the last ever travelling show of the Pharaoh’s treasures.

£21.60  Beyond the road
BEYOND THE ROAD merges the worlds of visual arts, music and film and offers visitors a chance to leave behind their modern day lives and lose themselves in a multi-sensory world led by sound.
2021-09-26
2021-09-26

£10  Sweet Harmony: Rave today
An immersive retrospective exhibition devoted to presenting a revolutionary survey of rave culture through the voices and lenses of those who experienced it.
2021-09-26
2021-09-26

Free  Isabel + Helen: In Orbit
A series of tonal paintings produced by contraptions that have been assembled by hand from industrial materials.
2021-09-26
2021-09-26