About the National Maritime Museum

Based within Greenwich Park, the impressive building houses the national collection of maritime history.

Exhibits range from full size barges to models of mighty sailing ships, along with the history of the marine trade in the UK.

Some exhibitions are charged for, but you can also take in the other museums in the area which are associated with each other. 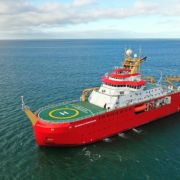 £10  Tudors to Windsors: British Royal Portraits
Come face-to-face with the kings and queens who have shaped British history for over 500 years 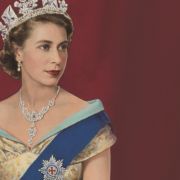 From Tudors to Windsors – a history in portraits

Kings, Queens, mistresses and loverboys – some 500 years of monarchy is on display as part art and part history lesson at the National Maritime Museum.

A marine exhibition shows the side of the sea rarely seen

An exhibition has opened of photography of marine life, but it’s not the expected photos of fishes and corals and nature — but of humanity at work at sea. Raw industry and machines, and the humans who work them.

A lunar exhibition of moon rocks and art in Greenwich

Today, the Baron Greenwich and his wife will visit his namesake town and let her announce the opening of the restored Cutty Sark sailing ship after its lengthy, expensive, and very controversial refurbishment. Yesterday, practically every journalist and blogger in…

With the Royal Pageant taking place in a couple of months, it is opportune to learn a bit about the history of such grand events which were often the closest the great unwashed would get to see their Regal masters…