About the Museum of Freemasonry

An impressive library and sizeable museum housed within the main headquarters of the Freemasons in England.

Contrary to their secretive reputation, the museum is open to the public, and houses a large collection of historical objects, all linked by ties to Freemasonry.

There is also usually a temporary exhibition in another room.

Free  Generous Dentist: Bartholomew Ruspini
An exhibition about a dentist and Freemason noted for his philanthropy. 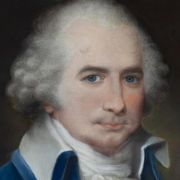 An exhibition about a “Generous Dentist”

An unusual dentist is the topic of an exhibition at Freemasons Hall, as this was a dentist who was also a philanthropist.

For a building that looks imposing and full of secrets, Freemason’s Hall is actually open to the public, and free to go in.

An exhibition of old books has gone on display in Covent Garden that seeks to explain the often cryptic messages hidden within their illustrations.

Deep within the stony facade of Freemasonry’s head office can be found the largest public display Masonic badges to have been staged in the UK.

Watch films inside a Freemason’s hall

Sitting inside the Andaz Liverpool Street hotel is a magnificent old Freemason Lodge meeting hall, and over the next few months, it is being used to show some classic horror movies.

Going inside the Freemason’s headquarters

Lurking near Covent Garden is the headquarters of the English branch of the mysterious and secretive Freemasons. Sadly for such a secret organisation, their head office is actually very obvious and noticable as it dominates the area with its 1920s…

Free  Generous Dentist: Bartholomew Ruspini
An exhibition about a dentist and Freemason noted for his philanthropy.
2021-05-17
2021-12-25