About the Barbican Centre

A cultural hub based in the concrete brutalist estate next to the Barbican tube station, it was built in the 1960s by the City of London to encourage people to live and socialise in the city.

Today is it one of the UK's leading art and theatre venues, with regular events every day, art exhibitions and films.

The art centre is free to visit and wander around, and some of the art exhibits are also free, but most of the theatre/film events have to be paid for.

Free  How We Live Now: Reimagining Spaces with Matrix Feminist Design Co-operative
An installation exploring two important social questions: who are our buildings and shared spaces for and how do they affect us? 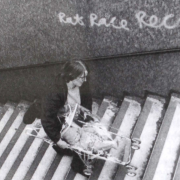 £18  Noguchi
An exhibition celebrating Japanese American sculptor Isamu Noguchi, one of the most experimental and pioneering artists of the 20th century. 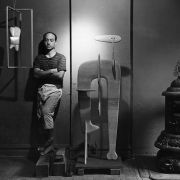 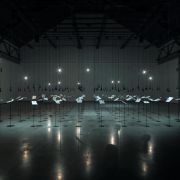 £18  Gone, Gone Beyond People Like Us
Inside this immersive, 360-degree cinematic installation, you’ll get to look far beyond the frame.
Open from Wed 10th November to Sat 13th November 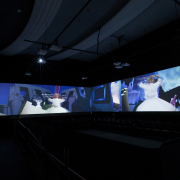 £12  Awavena
Emmy award-winning Lynette Wallworth’s 360° VR experience connects you with an Amazonian people who are ascending from the edge of extinction.
Open from Wed 24th November to Sat 4th December 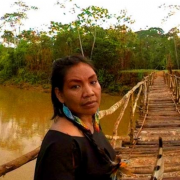 In 1980 an architectural design practice was set up that was to challenge how buildings and urban landscapes are built, and its effects are still around us today.

As the Barbican arts centre approaches its 40th birthday, the site is looking at a £50-£150 million revamp to catch up with how society and arts have changed over the decades.

Save on tickets to Anything Goes at the Barbican

Felicity Kendal and Robert Lindsay are currently starring in the Cole Porter/P. G. Wodehouse classic at the Barbican, and there’s a sale on ticket prices at the moment.

Next month, the Barbican will be screening a series of British Transport Films featuring a range of views of 1950s Britain, accompanied by hybrid electronic and orchestral music.

The Barbican tells the story of the threatened Yanomami people

Jean Dubuffet at the Barbican

The first major exhibition of work by the French artist, Jean Dubuffet in over 50 years has opened at the Barbican.

Right in the centre of London is the city’s largest free to visit Conservatory, and it’s reopening after the pandemic lockdown.

A brief history of Brutalist architecture as a Barbican map

A variant if you like of the tube map genre is a new map of the history of Brutalist architecture laid out on a diagram of the Barbican estate.

One of those people who rather exploded into the cultural scene in the 1980s, vanished in the 90s and has now embedded as an icon of dance has filled the huge art gallery space at the Barbican.

A decade ago, mysterious drawings were uncovered on black shale sheets in Nigeria, and after studying them, life-size scans have gone on display in the Barbican.

This is a busy pocket park that sits just to the north of the Barbican, with wide-open space, a children’s space, and a coffee shop.

Review: Masculinities at the Barbican

If as a famous book once claimed, Men are from Mars and Women are from Venus, is masculinity from the Barbican?

If you didn’t know it was there, it can be a surprise to learn that London’s second-largest glasshouse is in the Barbican centre.

Find the Dorothy Annan murals in the Barbican

It looks like it’s been there since the Barbican was built, but this long row of 1960s ceramic art only arrived at the Barbican in 2013.

This is a narrow dark modern-looking alley that provides the only gap in a wall that gives access to the warren of streets behind a long row of unremitting office blocks.

This alley is a result of the dissolution of the Monasteries, as it sits within the lands owned by St Bartholomew’s Priory.

Spend 20 minutes in the 1960s with the Barbican

A short film about the changing London landscape is a delightful 20 minutes slipping back in time to when men wore top hats and builders didn’t wear hard hats.

When the area in this part of London was occupied by St Bartholomew’s priory, there was a large garden on the south of their estate, and this alley pretty much follows the line of that long lost garden boundary.

See Tangerine Dream at the Barbican

The Barbican’s music library is currently home to an exhibition about the pioneering German electronic music group, Tangerine Dream.

Tangerine Dream coming to the Barbican next year

An exhibition about the legendary German electronica band, Tangerine Dream will be opening at the Barbican in the New Year

Surround by the modern Barbican estate, this old church is one of the few within the City of London that are medieval in nature, having survived the Great Fire of London and WW2 bombs.

This is a curving narrow lane that runs behind rows of houses and offices just to the north of the Barbican estate.

Free  Bedwyr Williams The Gulch
Very odd art display in the Barbican's curve space.
2016-09-29
2017-01-08
Free  Zarah Hussain: Numina
A hypnotic light display based on Islamic geometry in the main foyer of the Barbican.
2016-10-01
2017-01-25
£14.50  The Vulgar - Fashion Redefined
The Vulgar is the first exhibition to explore the inherently challenging but utterly compelling territory of taste in fashion,
2016-10-13
2017-02-05
Free  Richard Mosse - Incoming
An immersive multi-channel video installation, created by conceptual documentary photographer and Deutsche Börse Photography Prize winner Richard Mosse
2017-02-15
2017-04-23
Free  The Fantastic Barbican World
Explore Chamberlin, Powell and Bon's endeavour to combine spaciousness with high density development.
2016-10-26
2017-04-26
£14.50  The Japanese House: Architecture and Life After 1945
This is the first major UK exhibition to focus on Japanese domestic architecture from the end of the Second World War to now,
2017-03-23
2017-06-25