Published 29 July 2013 by By Ian Mansfield Events and Tours, History

Almost everyone who has visited St Pancras station will have taken time out to find the statue of John Betjeman in his famous upward staring pose holding onto the trademark hat.

But there is somewhere else that you can see the statue — or at least an early scale model of it (a maquette), and that is an exhibition largely devoted to the poet and broadcaster currently being held in Wellington Arch. 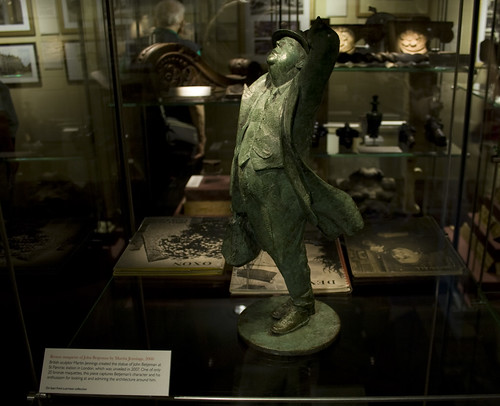 The exhibition is devoted to how how John Betjeman and others campaigned in the 1930s to protect architectural heritage from both indifference and neglect and reveals how Britain’s listing system eventually emerged from the ruins of the Blitz.

Most of the exhibition is made up of photos taken of, or scraps of architecture that were rescued from demolished buildings. Ghostly echoes of the past disconnected from their heritage by being placed in glass cases for people to look at the dissected remains. 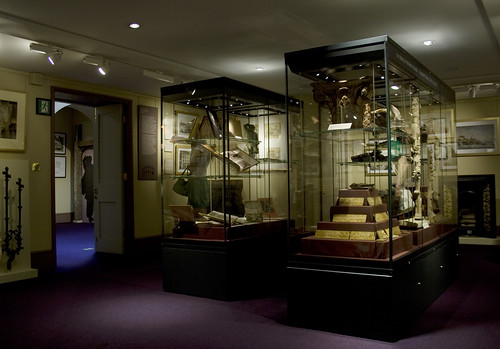 Possibly one of the more iconic photos is this one of the bomb damaged library at Holland House. Although often cited as an example of plucky brits browsing a library among the bomb damage what it more likely shows is heritage officials deciding what can be salvaged from the ruins.

Unsurprisingly, Euston Arch gets a mention, which seems amusingly apt as the display is inside Wellington Arch. Although the heritage lobby lost the battle over the Arch, that defeat probably did more to save a vastly greater number of buildings elsewhere, as defeat galvanised the heritage lobby into action.

They lost the battle, but probably won the war. 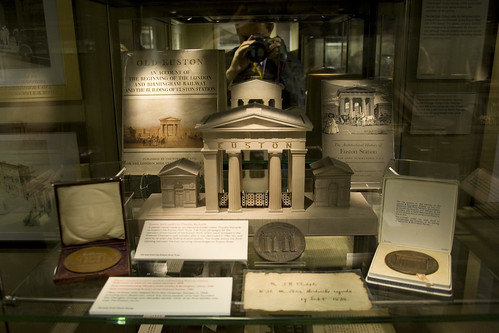 A heritage video and more photos are upstairs, along with the stiff (hard pull) doors to get out on to the viewing ledges outside the Arch.

It’s a modest but pretty good exhibition with lots of text boards to put photos into context and should be fairly high up the list of things to visit this summer for anyone who likes heritage, although you might come away feeling somewhat despondent at what was torn down before the government started listing buildings and saving them.

The exhibition is open until 15th September, is open Wed-Sun, and entry to the whole building is £4. Don’t forget what is probably London’s smallest specialist book shop on the ground floor.