Unveiling a memorial to the Moorgate tube crash

A memorial was unveiled earlier today to commemorate the 43 people who died in the Moorgate railway accident that took place on the 28th February 1975. 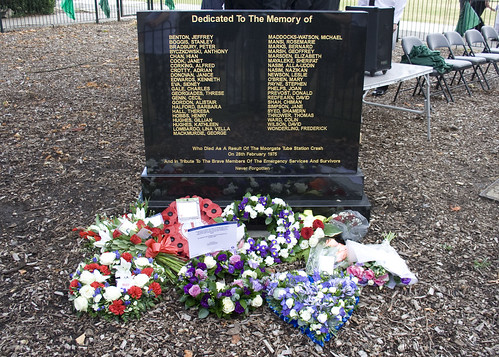 The crash took place at the height of the morning rush hour at Moorgate tube station on what was at the time a Northern Line terminus platform. A southbound train heading into the platform failed to stop and smashed into the wall at the end of the run-over tunnel.

The reason for the accident has never been fully proved — with speculation ranging from driver action to faults on the train.

Extracting people from the tunnel proved to be an exceptionally difficult task, and it took 13 hours to remove all the survivors. It took four days for the emergency services to reach the body of the train driver, Leslie Newson. There is a suspicion that the train driver may have committed suicide — although I personally doubt it — and many of the older tube drivers seem very reluctant to discuss the accident, which I suspect is down to the lingering doubt that one of their own could have done this.

The tunnel was built for mainline trains, but at the time was being used by London Underground’s 1938 era tube trains, which magnified the effect of the accident as there was enough space for the third carriage behind to ride up over the first and cause even further carnage.

Chatting to one of the former policemen who was there, I learnt that the heat was such that emergency services were limited to 15 minute shifts in the tunnel — until a company volunteered a mobile refrigeration plant that could blow cold air through pipes all the way down into the tunnels from a surface unit.

Although the largest loss of life on the Underground during peacetime, it has never had a memorial to mark the event, until today. 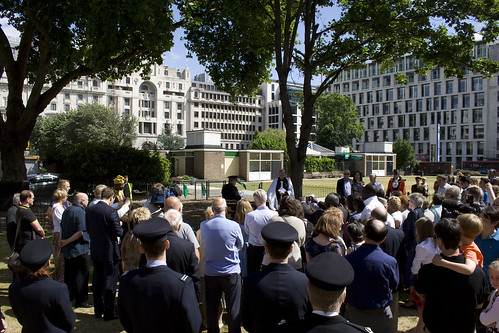 The memorial is itself down to the campaigning efforts of Historian Richard Jones, who helped raise awareness and then the funds for the black stone slab which has been inscribed with the names of those who died. He also lead the unveiling events, which were attended by family of those who died, as well as representatives of the emergency services who struggled in the hot dark tunnels to extract the injured from the crumpled remains of the train carriages.

Attending the ceremony was also the Lord Lieutenant of London, and a representative of the Bishop of London who lead the brief dedication.

Mr Jones then read out the names of all those who died to conclude the service. 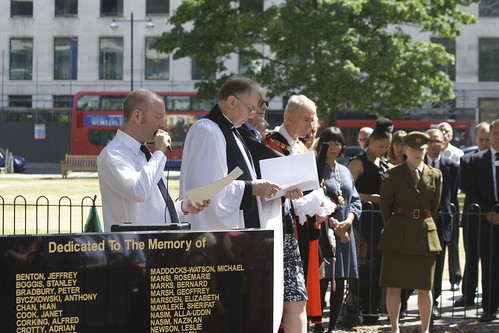 The memorial is just up the road from the train station in a nearby park — although a plaque will be installed in the station itself next year on the 39th anniversary of the accident.

A few more photos here, and for licensing rights here. 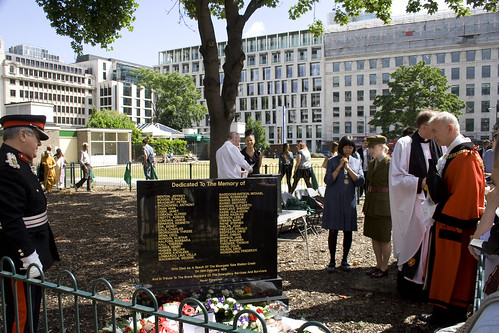