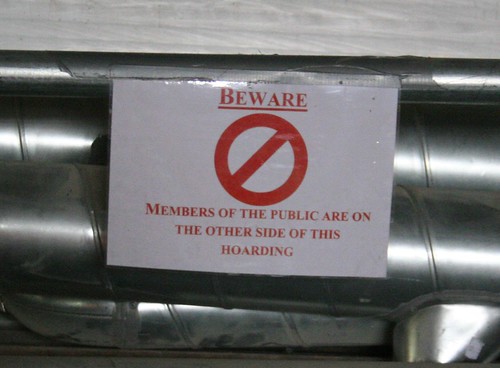 Tests are to be carried out on the Underground to see how fast and far poison gases can spread. BBC News

Interview with a Circle line train driver by Stylist Magazine (pedants may moan that they called it a tube train).

A man was taken to hospital after being hit by a train at Harrow-on-the-Hill station. Harrow Observer

A disabled access lobby group has complained that several existing stations that will be served by Crossrail will not be upgraded to fully accessible status when the line opens. Transportforall

The RMT is kicking up a fuss about plans to remove Whitechapel stations existing ticket hall during Crossrail construction work. RMT

The first glimpse of Crossrail’s vision for Hayes and Harlington station comes with a warning. Uxbridge Gazette

Germany’s Deutsche Bahn has been granted the right to run London-bound trains through the Channel Tunnel in competition with Eurostar. Bloomberg News

TfL’s bid to run Southeastern services from Kent has been rejected by the Department for Transport, according to sources. Evening Standard

Work to build new step-free access at Elstree & Borehamwood station has been delayed again after cables were found buried underneath the platforms. Borehamwood Times

The delay in completing the £1.6 billion Thameslink rolling stock contract with Siemens has cost taxpayers at least £8 million, according to a Parliamentary answer. Railnews

Construction of the proposed HS2 high speed rail link will borrow the same values and strategy to procure work that worked so successfully for the Olympic Delivery Authority. Construction Manager

Transport for London is looking to support Apple products as part of a new device use policy, but Windows 8 support is a way off, according to the organisation’s Chief Information Officer. V3

A Hainault robber who was seen “sizing up potential victims” outside a tube station before punching a man to the floor for his mobile phone, has been jailed for four years. Ilford Recorder

Fresh reports that Chelsea FC might relocate to a site within the proposed Earls Court redevelopment area have been downplayed but highlight questions about the price Transport for London might be able to extract for public land. Guardian