Not a military coup, or a belated attempt by Lord Leveson to impose order on Fleet Street’s remnants, this was so that they could carry out a full dress rehearsal for Lady Thatcher’s funeral. 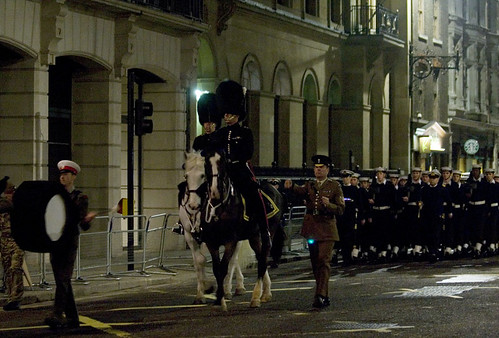 Arriving in the darkness from 3:30am, members of the Royal Navy, the Army and the Royal Air Force started forming up along the processional route that runs from the RAF church, St Clement Danes on the Strand to St Paul’s Cathedral.

At around 4:30am, companies started to head up towards the Cathedral, a solemn drum beat accompanying them as they marched through the city, which was deserted apart from a few night workers and the police. 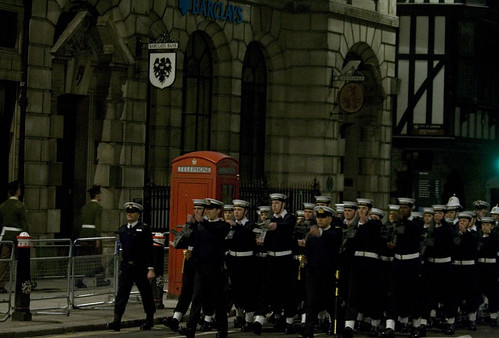 I have attended and photographed loads of ceremonial events, but I had to say the drum beat sent shivers down my spine. It had a primal unearthliness that was in such stark contrast to what I usually expect.

To hear it in the middle of the night, in the deserted streets of London was even more unsettling. 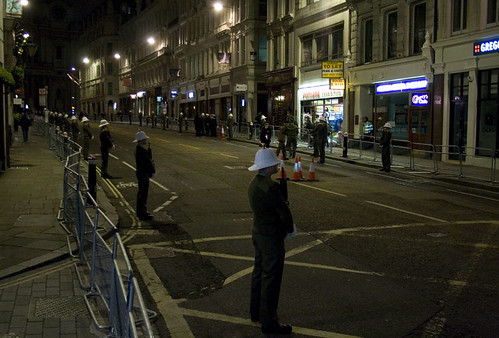 Lining the route were personnel from the: Royal Navy and Royal Marines; Scots Guards; 1st Battalion Welsh Guards; and the Royal Air Force.

At 5:30, an empty coffin was carried from the Church onto a gun carriage, to be drawn to St Paul’s by the King’s Troop Royal Horse Artillery. However, I had trotted off up the hill to get a better vantage point closer to the Cathedral so missed that bit. 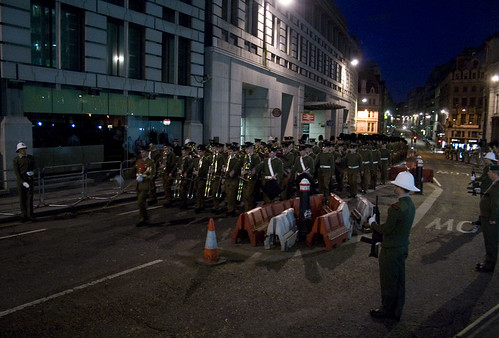 Based near the Thameslink station which offers a good view down Fleet Street, also offered the view of people on the first train of the day coming out of the station and staring in disbelief at what was going on.

After a while of hanging around, the music of Her Majesty’s Royal Marines could be heard in the far distance, and slowly the sight of approaching police horses could be seen — and obscuring the view of what was behind.

As the group approached though, each company lining the route bowed their heads and then came to attention.

The marching band passed by, and then came the horse drawn carriage with flag draped coffin on the top. I wasn’t sure if a mock-coffin would be used, but we were told earlier in the morning by a military officer that yes, the full package would be there. 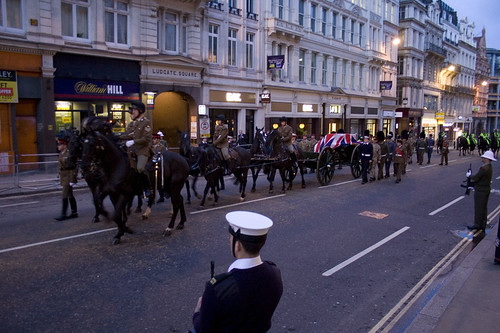 At St Paul’s Cathedral, an honour guard of made up of 18 tri-Service personnel and a contingent of in-pensioners of the Royal Hospital Chelsea lined the steps, as a bearer party carried the coffin up the steps. The bearer party was made up of all 3 Services, including those from ships, units and stations notable for their service during the Falklands Campaign. 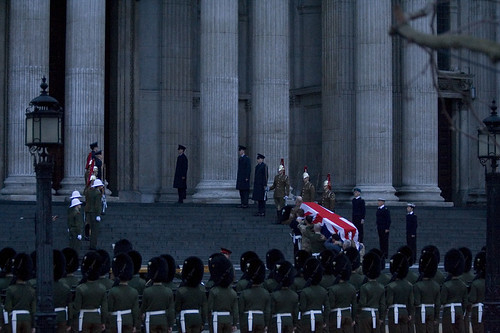 The rehearsal included the final laying of the coffin in a hearse which is due to take place after the service.

Although a full dress rehearsal, the soldiers were in standard uniform for the practice, but will be in ceremonial uniforms on the day itself. 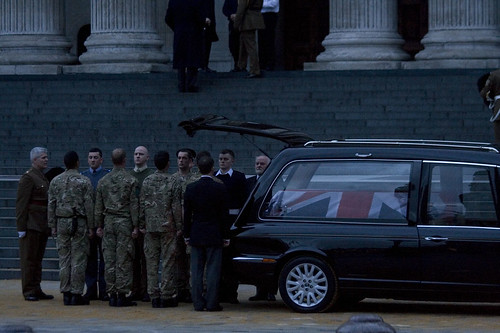 As usual, the experience of photographing a major ceremonial event in the centre of London in the early hours with hardly anyone else around is a delightful one. But this time it felt odd because it was a funeral that was being rehearsed.

There was something slightly unsettling about photographing a coffin — even one that is empty — as it was drawn along the streets.

Some more photos over here and to license for reuse over here.