Earlier today a new blue plaque was unveiled by English Heritage, which has a very specific and rare difference from all the other plaques they have installed on the sides of buildings.

The font the text was written in is the London Underground’s own New Johnston typeface — and that is because this plaque, on an otherwise average house in Leyton marks the birthplace of Harry Beck, designer of the now iconic tube map. 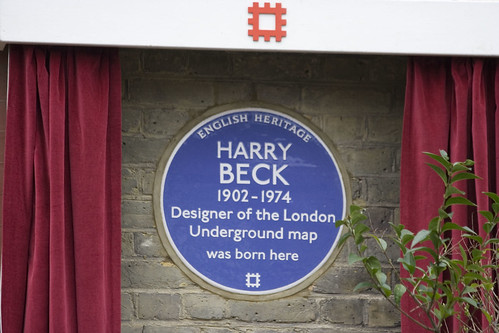 I mentioned a couple of months ago that this January marked the 80th anniversary of the introduction of the now familiar tube map, and today, he got his own official blue plaque to commemorate his contribution to London, and indeed now, the world’s transport heritage.

Although January marked the 80th anniversary of the introduction of the “map”, it was initially just as a fold-away pamphlet. This month marks the anniversary of when the map gained significant public awareness, as the first poster-sized versions were deployed across the tube network. Some 2,500 posters in that first print run.

So, today he got a Blue Plaque to mark the anniversary and his contribution to it. 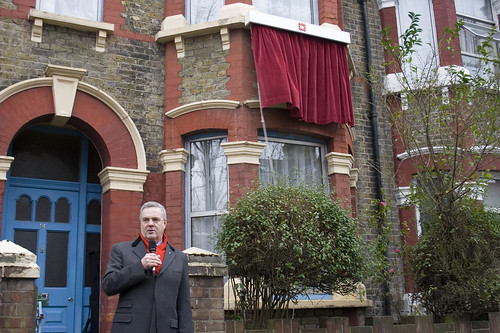 Harry Beck was born in 14 Wesley Road, Leyton, E10 on the 4th June 1902, although the family only lived there for about three years and soon moved to Highgate. As an adult, and during his time working for London Underground though, Harry Beck lived near Finchley between 1936-1960.

In fact, he is known to have lived at six addresses in London, before retiring to the countryside.

The question then is which of the six houses should get the official English Heritage plaque? In June 2003, the Finchley Society erected their own blue plaque on his home at 60 Court House Road — so that was ruled out. 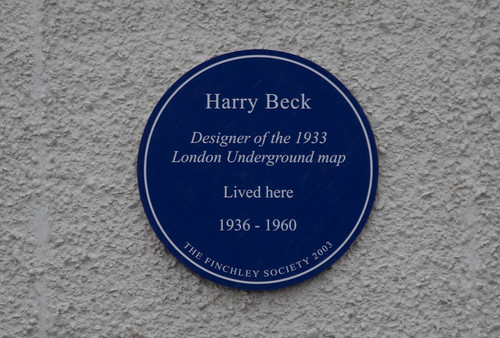 The other homes in Mill Hill and High Barnet were considered, but it was decided to mark his birthplace in East London instead.

This is also the first Blue Plaque to be installed in Leyton. 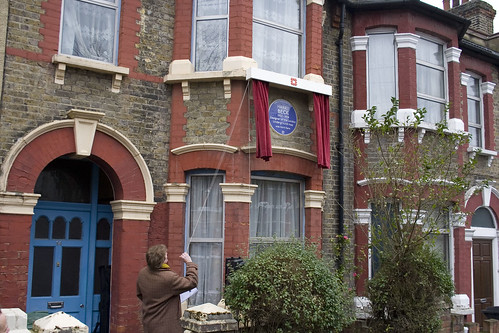 Another plaque had also been installed in 1994 to commemorate him at his local tube station of Finchley Central, where you can find it on the southbound platform, appropriately close to a modern-day tube map. Apparently, there used to be a copy of his original tube map in the display board — but I presume that confused customers, so a modern version is there now. 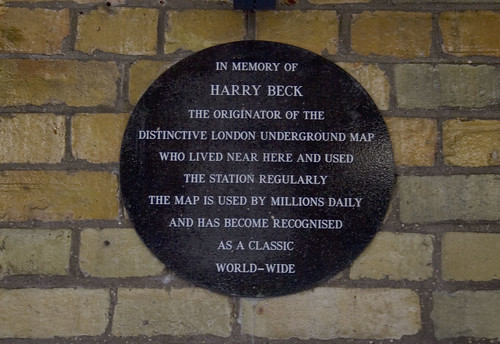 Incidentally, when he lived in Finchley, there is also a bit of confusion about why, as he lived almost next to West Finchley station would choose to walk to Finchley Central instead.

My personal opinion is that it is only about 10 minutes to walk to the further station along a rather pleasant road. West Finchley station is charming, but hardly the sort of place to loiter in the cold, and the local shops are limited to a small parade. The further station has a lot more shopping, and crucially, trains from both High Barnet and Mill Hill East passing through – so more frequent trains to catch.

Personally, if I lived in the same area, I suspect I would also walk to the further station as well.

Harry Beck died in 1974 — and apparently still bitter over how the tube map was taken from his control in 1960. I suspect that like a lot of creators and designers, he felt it was “his baby” and refused to adapt the map to reflect changing needs. Just as his map was initially rejected as undesirable by LU management, he himself started to reject other map improvements as equally undesirable.

His contribution to the concept of the schematic diagram for train networks — and loads of other services — is however now legendary. 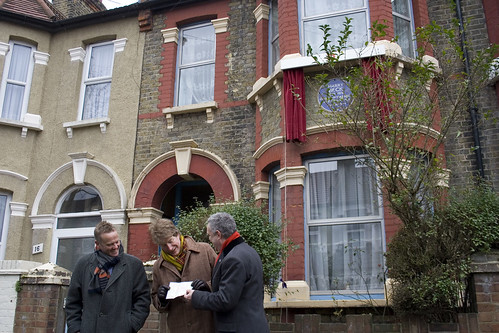 Oh, so that’s what a tube map looks like!

All three — now four — are unique in being printed in the New Johnston typeface. The rest of the plaques since the design was standardised in 1938 use English Heritage’s own in-house font.