Posted on 16 February 2013 by Posted in geekery

If you are a Dr Who fan*, then it may prove worthwhile to pay a visit to West Ham, for inside their former supporters club store can be found an entire museum devoted to the science fiction show.

A cheery hullo as I wandered in, and looking around by the door I didn’t see anything obviously museum like, but the cash desk confirmed that yes, there is a museum, and for £3 a person can use the Tardis in the corner to go have a look.

So, running the width of the back of the store is the dark room filled with Dr Who memorabilia – most of it original from the TV series, and a smaller quantity being props made for promotional events.

Dominating the room are costumes – lots of costumes, mainly of villains, but sitting significantly in a protective glass box is one of Tom Baker’s famous outfits – and yes, it has a scarf. 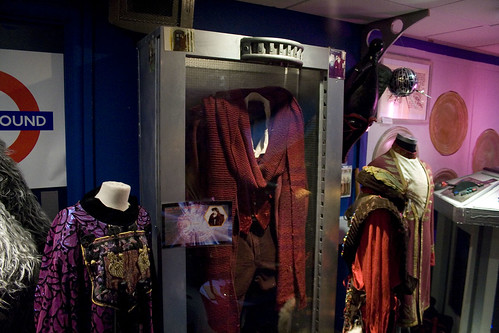 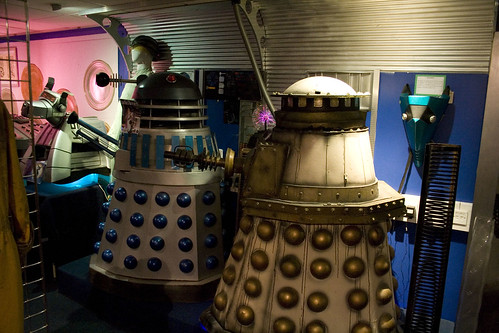 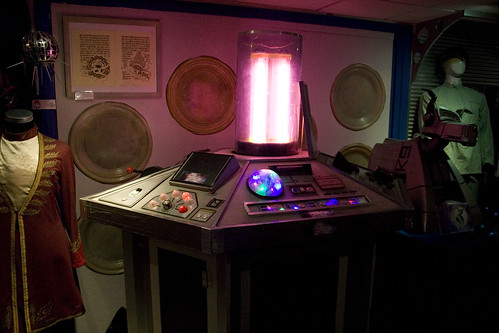 For me personally, what I liked about the museum is that it focused mainly on the older stuff rather than being dominated by anything post-2005, as some of the travelling shows have done. Obviously that is in part due to newer items not being sold off to collectors yet, so I am sure the collection will slowly catch up with the newer episodes and offer that experience to the newer Dr Who fans.

Maybe he should have visited a memorial stonemason. 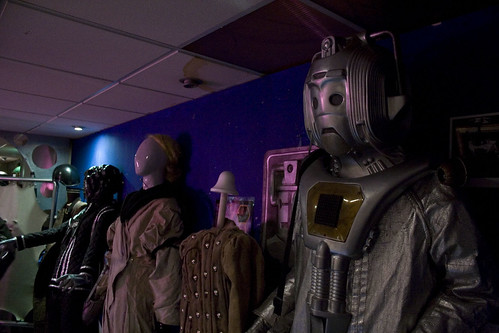 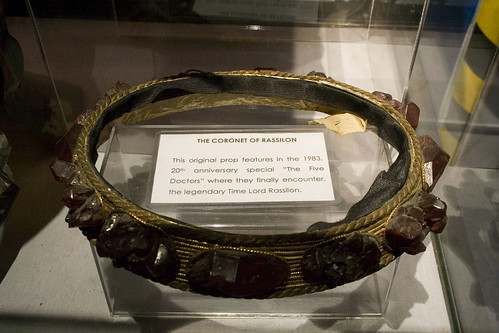 Feel free to take photos or pose with your favourite villain, and the owner or staff will be in there to very happily chat away for ages about anything Dr Who you care to talk about.

However, whoever thought up the idea of a cuddly toy Dalek needs to be exterminated.

For me, the TV show is just a bit of light entertainment, but the museum is nostalgic and run by evident fans which then makes the shop a more enjoyable place to visit – and it feels better to be buying goods from somewhere that isn’t just piling up shelves because a head-office merchandising department brought some stock. 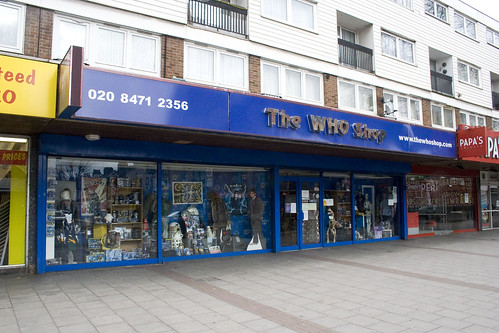 NEWSLETTER
Tagged with: Doctor Who, doctor who museum