A lacklustre attempt to tell the story of modern British childhood

Posted on 14 October 2012 by Posted in History, Museums

A history of how the lives of children has changed since the end of WW2 should be a fantastic nostalia-fest that would appeal to any adult. From simple tin toys, through the earliest mass market collectables, arcade games and modern teen icons.

Anyone visiting should be able to walk over to at least part of the collection and sigh wistfully in fond memories.

Personally I was looking forward to seeing the Raleigh Chopper, my first bicycle when I moved to the UK. I wanted it because it was different to all the others, and had absolutely no idea of the Easy Rider inspired cultural baggage that the design encompassed.

A pity they couldn’t have done something more sensible with the “do not touch” sign than plonking it right in the middle of the exhibit. 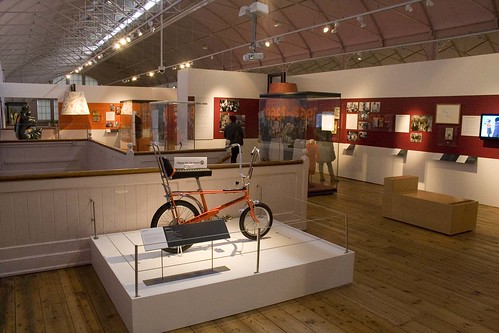 The rest of the exhibition runs from the era of Muffin the Mule to the Teletubbies, although I doubt anyone owned toy Teletubbies the size of the ones on display.

Sadly, this is a vast space given over to a few actual exhibits and a lot of information boards.

The most jarring thing though was those information boards. While the history of the rise of state education and the welfare state cannot avoid politics, the information boards seemed to have been written by someone with an agenda to promote the glories of Labour governments and the evils of Tories undoing the good works of Labour politicians.

For example, a display given over to Thatcher the Milk Snatcher omitted the fact that Wilson’s 1968 Labour government had already taken the milk away from secondary school pupils. I would expect a historical exhibition to be less political and more balanced – and informative.

I came away from the rest of the exhibition feeling like I had just visited a stand at the Labour Party Conference. 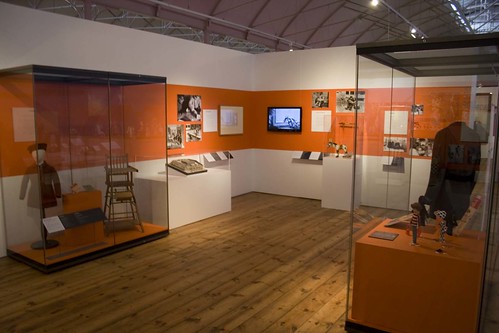 The exhibition, Modern British Childhood is on until April 2013. Entry is free.