The concourse became slightly more bearable to use after it became an arrivals only site when the new huge concourse opened next door, but the relief is temporary as it will soon cease to exist – swept away to be replaced by a wide-open plaza. 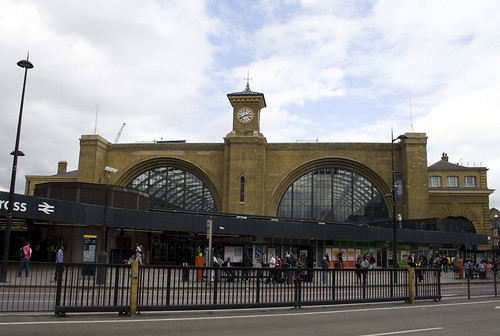 From this Saturday the Damoclean sword hanging over the shops in the old concourse will fall precipitously as they are all closed down. A week later, all the remaining facilities will be closed as they prepare to tear down the building. 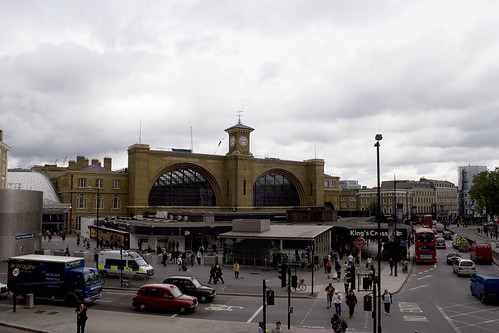 It’s going to take another year to complete the rebuilding work as they have to be rather careful due to the fact that there’s a tube station underneath. I was told on a previous visit that the roof of the tube station is not technically waterproof, so when they bulldoze the Green Shed, it has to be done in a way that doesn’t let British weather get down below.

Once finished, the current view that greets people arriving at the station through the brick arches off this tired foyer will be replaced by glass doors leading directly to the plaza outside. 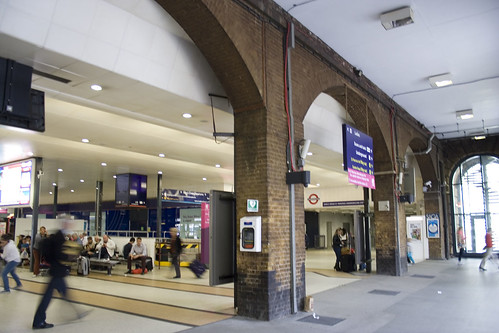 Anyway – the next couple of weeks will be the last chance to see the Ugly Green Shed before it starts to vanish.

To get an idea of the space that will be cleared, have a look at this Google satellite view of the area.

Anything will be an improvement on this entrance that has greeted visitors for the past 40 years. 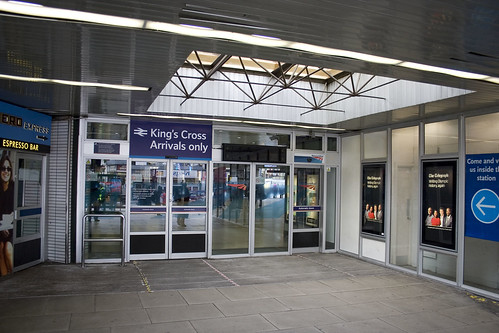