Posted on 26 August 2012 by Posted in Transport News

As a result, they can often swallow up vast amounts of land and require the support facilities to be spread out a long distance from where they are needed. Such an example are the long-stay car-parks at Heathrow, which are situated along the northern edge of the grounds, away from the terminals.

A purpose-built private “railway” carrying passengers from the Business car park direct to the Terminal Building, and rather than a conventional multi-carriage train, give each user/family their own private carriage. 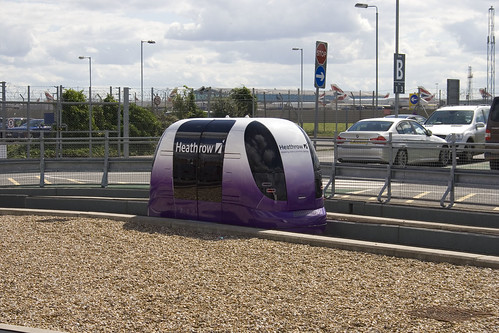 They don’t run on railway tracks, so probably shouldn’t be considered a driverless railway, but in all other aspects, they act just like one. The individual pods run on heavy rubber wheels along the concrete path, and are corralled by two sidebars that keep them on track. 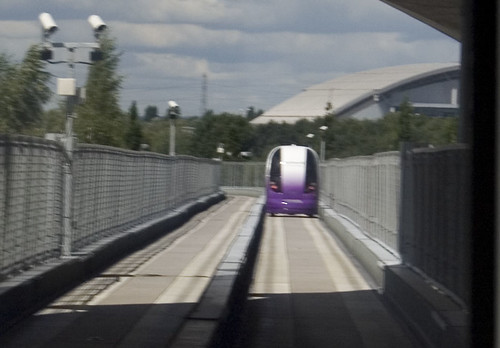 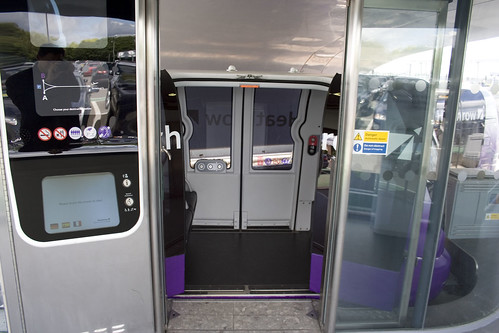 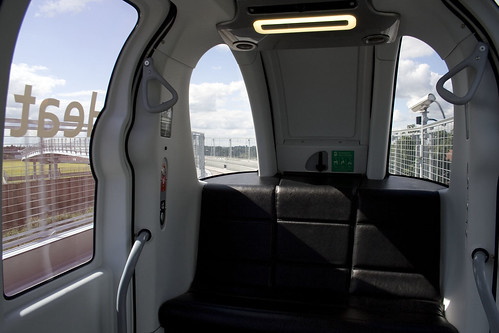 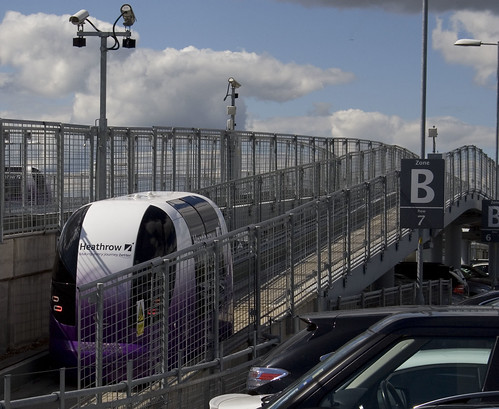 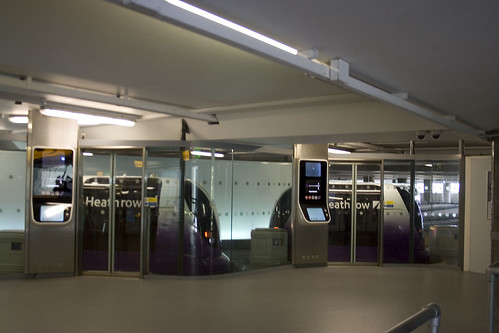 It certainly is a memorable way of getting from car park to aircraft, and while unlikely to ever have the capacity for public-transport, the designers think it will be useful in places such as large university campuses. I think it could be useful at Birmingham’s NEC, where the car park is a long walk from the exhibition halls.