Over the past couple of weeks, I have received a steady stream of press releases about some new exhibition thing that seemed to be rather indifferent in nature. Indeed, it sounded like it was just some displays stuck in the windows of an office block.

Despite the information making the event sound as bland and insignificant as possible, almost anything architecture will interest me, so I wandered along anyway.

And I am very pleased I did, for this is an exceptional exhibition.

A new office block opposite Cannon Street train station has given over its unfinished basement space to one of the largest exhibitions about London from the perspective of its buildings that I have seen in many a year.

The Developing City starts with huge printed canvas curtains and is a historic romp through London from the early Roman times to modern buildings. While the display is basically just a collection of old drawings enlarged and printed, some of these will amaze even the most diligent of London enthusiasts.

You’ve almost certainly seen John Rocque’s 1746 Map of London before, but probably never quite this large. 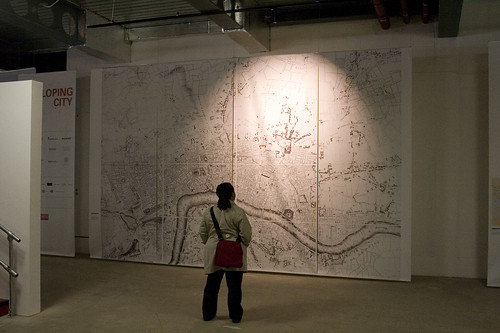 I’ve seen this drawing of Roman London before, but last time I couldn’t snap a photo of it. Southwark is looking rather marshy in 105AD. 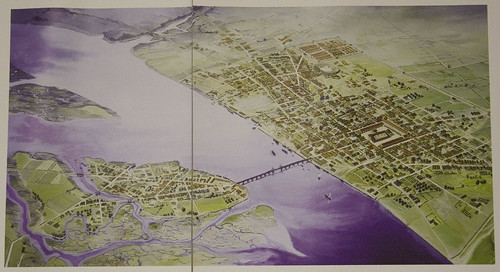 How about this artists impression of what London might have looked like had Christopher Wren’s plan for London after the Great Fire been built. 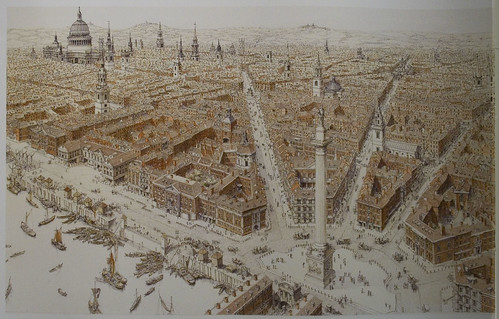 Loads more to look at, and if like me, a curious sort, to make notes about for future research. Hmm, never seen that image of London Bridge before. Oh, and that cut-away of the Bank of England is exciting, and also right under a spotlight so I will have to find a different copy anyway. Oh, never seen that view of the Guildhall before, and the many maps dotted around will add icing to this historic cake.

You’re only a third of the way round the exhibition when the hanging drapes are replaced with a huge model of the City of London. I’ve actually seen this before, as it normally resides in another basement just up the road and was open to the public last year.

If you’ve not seen it before, prepare to lose 15 minutes peering at all the tiny details in the model, before moving onto more models – a couple of dozen big architectural models made by the companies that design modern buildings for the city.

Here is the Gherkin, and the Cheesegrater and the Walkie Talkie, all mini versions of the final products and some covered in a perspex case for protection, and the walkie talkie not so protected. Curious. 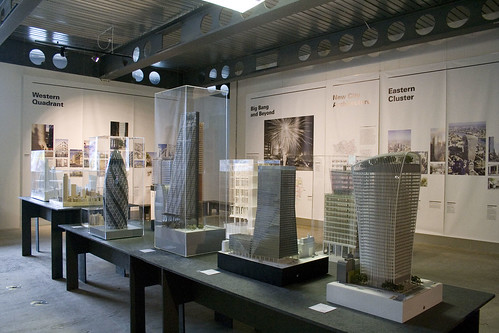 Here are also models of buildings set into context with their surroundings, or with local transport services added in, besides or sometimes below. 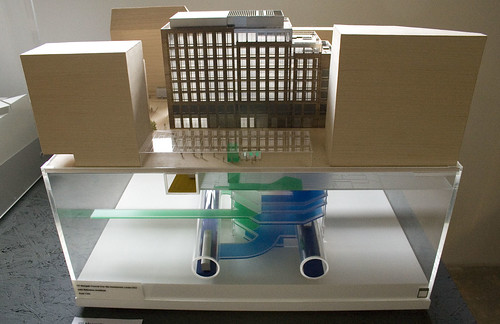 For a display about The City, it also generously leaps eastwards to its commercial rival at Canary Wharf and while less space is given to Canary Wharf, a couple of the photos hanging on a display are very exciting to see. Including what is (if I zoom right in) possibly the first photo I have ever seen of the original Camary Wharf DLR station. The one that was built then torn down before it even opened when they realised it was far too small to cope with the planned development. 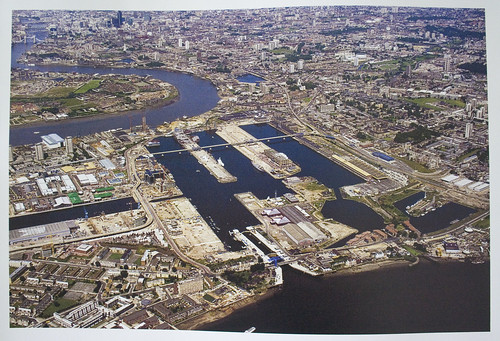 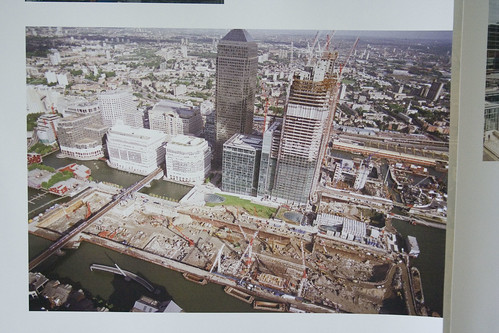 The remaining quarter of the exhibition is given over to “pie in the sky” ideas, although a few of them sound from the descriptions as if they are closer to being seriously considered for my taste.

A massive development at Aldgate for a new financial centre claims to want some of the largest buildings ever seen. Those buildings are as high as The Shard and vastly more bulky. Yes, that actually is St Botolph’s Church now reduced to a mere decoration in a subterranean shopping centre. 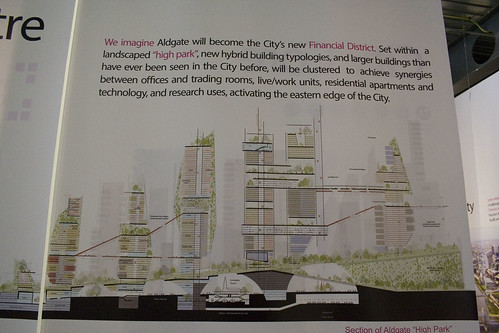 Proposals to uncover the Fleet River are sadly totally pie in the sky as there are simply too many different land owners and roads in the area to create a cohesive plan. Other ideas to put floating green islands in the Thames would slow the river flow so much that we might end up getting Frost Fairs again!

The less said about what looked like plans to cover the riverside footpaths with grass the better – unless someone is genetically engineering grass that can survive millions of feet stomping over it? 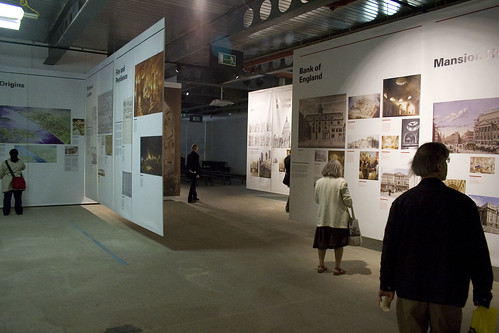 Considering that my expectations were so low based on the information put out by the organisers, this is a stonkingly good exhibition They also made it damn difficult to find – “Wallbrook Building, London, EC4” is not an address!

As it happens, it’s directly opposite Cannon Street station.

If you haven’t worked it out yet, I recommend it.