Posted on 24 April 2012 by Posted in Events and Tours, Museums

With the Royal Pageant taking place in a couple of months, it is opportune to learn a bit about the history of such grand events which were often the closest the great unwashed would get to see their Regal masters in the flesh.

In the days before television, and even decent newspapers, the pageant was not a bit of fun for the Monarch, but a necessary way for the Monarch to be “on display” to the populace and to remind them of the wealth and power of the Monarchy.

Sitting in their new subterranean display room, the National Maritime Museum has collected together some 400 items, including 50 from the Royal Collection and then put them into themed rooms in a dark and dimly lit space.

The darkness is actually a display form I quite like, as it makes the artefacts stand out without the clutter of the building getting in the way – and as many of the display are silver or gold gilt, the spotlights give them an almost ethereal atmosphere. 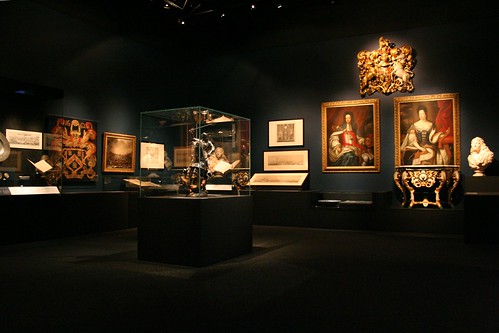 Starting with Tudor times, you can see letters written by Archbishop Cranmer to Archdeacon Hawkins arranging a pageant for the coronation of Anne Boleyn. It’s not intimated, but presumably King Henry VIII had quite a few marriage pageants?

As the river was the venue for the pageants, it was of equal importance that the backdrop was impressive, and a drawing of a proposed replacement Whitehall Palace by Inigo Jones was sadly never carried out. Lack of cash, and eventually, a lack of a head being the main reason why Charles I dropped the idea.

It’s not just Royalty though – as the Great Frost Fairs make an entrance in the form of paintings and a contemporary newspaper which describes the fair of 1683 as “London’s Admiration“. 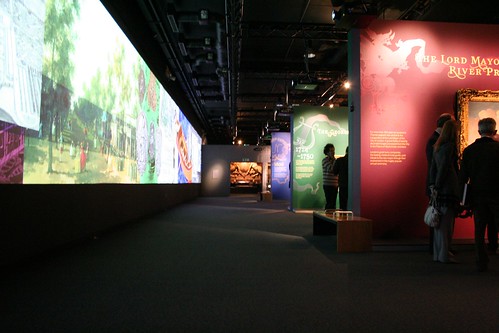 Other drawings show some impressive panoramas of London, including a repro of what is thought to the be the earliest, dating from the 1540s, and running from Westminster to the Palace at Greenwich. A printed prospectus for improvements along the embankment from 1825 may be just a few inches high, but it is about a dozen feet in length.

More interestingly is some displays about the Thames Tunnel, including a famous panorama of the tunnel which includes the never constructed circular chambers which were wide enough for horse and cart to spiral down to the tunnel.

Dotted around in addition to the grand paintings, drawings and silverware are more humble displays of pottery and letters. 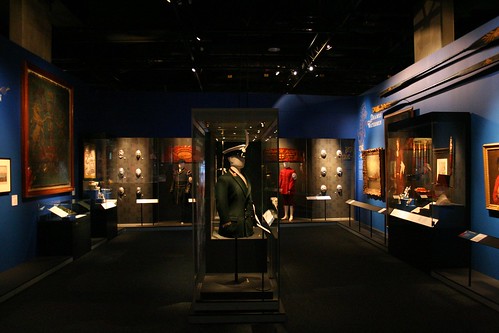 Towards the end of the display, luring you down throughout is the huge wooden coat of arms that was originally on HMS Royal Charles. Quite a notable ship, she originally had a figurehead of Oliver Cromwell, which was removed when she went to collect Charles II from exile. The ship was later captured by the Dutch though, and scrapped.

Sitting next to it is something that will interest Deptford residents, a scale model of the Deptford Docks, which is proving of point of modern contention with plans to redevelop a plot of land sitting inside the old dock area. 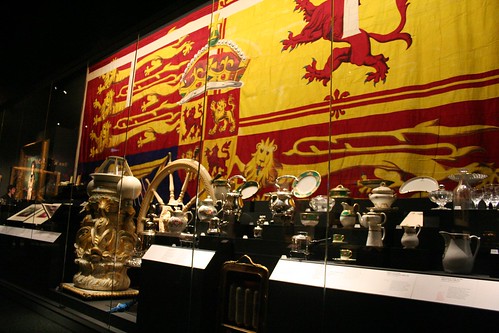 A painting in the last room of London Bridge at Night painted in 1863 is wondrous to look at, and I rather wish the modern bridge had retained the same lighting system.

I also didn’t know that the Royal Yacht Britannia had visited London in 1954, and a photo shows it arriving at London and passing though Tower Bridge. The Queen will pass the other way in a few weeks time when the Diamond Jubilee carries out the first large scale pageant in some 350 years.

The exhibition though is open from this Friday until September – entry is £11, which I would say is a price I would be quite content to pay considering the size of the exhibition and the wide range of items on display.

I visited as part of the press preview day.

There is a shop, and they have a book accompanying the exhibition. A flick through the book had me coveting it, although the £35 price tag is daunting.

Do stop on the way out to admire the massively enlarged panorama of London that was given away in the London Illustrated News in 1845. I have an original copy of that, and am trying to work out how to scan it in digitally. One day! 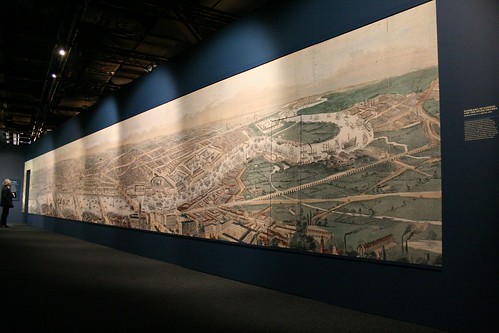