Posted on 26 February 2012 by Posted in History

While most museums and tourist hotspots are rubbing their hands with glee at the potential for tens of thousands of new visitors during the Olympics this summer, there is one museum that will lose out of on this financial bonanza.

Its proximity to a main Olympic ground should in fact make it an ideal venue to profit from the Olympic largess, but in fact, it is too close to the action – for the Household Cavalry Museum is on Horseguards Parade, which will be given over to beach volleyball during the events.

Having your main entrance stuck behind the main seating stands isn’t ideal, so the museum shall close for a few months, and I wandered along to have a look before they take the opportunity to do anything with the downtime.

It’s doubly sad that the museum will be closed during the Olympics, as they have a display up at the moment showing off the prowess of former soldiers who participated in the Olympics in previous years.

Heading over towards the museum, I could hear a soldier marching through the Horseguards arch and shouting at tourists to get out of the way. Tourists who thought it terribly funny to block a soldier doing his duty.

The museum itself occupies a small part of the ground floor of the main Horseguards building, which were once stables. Going in – through accidentally the way out door – and handing over £4.50 to go in, the museum is laid out in three main rooms. 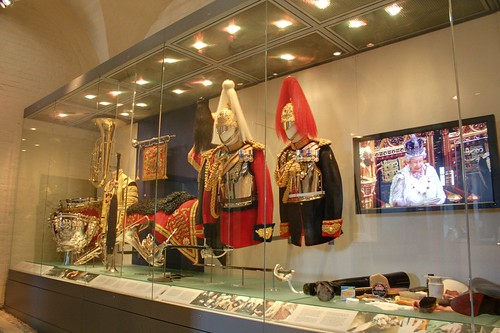 The building in which the museum is housed was built in 1753 and acted as the main entrance to St James Park behind. Only holders of special ivory passes were allowed to go through the arch and into the park behind, and some of these highly valued tokens are displayed by the entrance.

Going around the corner is part of the main stable block, with wooden horses emerging from the wall and various displays within the horse boxes. Do try on the breast plates and gloves for size, and good grief, they are certainly heavy. I’ve worn ceremonial gloves before when at events and it never ceases to amaze me how totally impractical they are to wear when – in my case, carrying flags – or in their case, controlling horses. 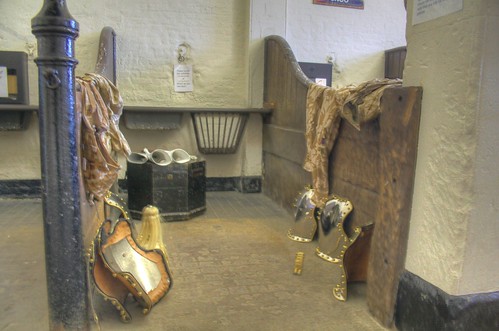 Rather nicely I thought, the wall separating the museum stables from the still active stables is glass, so you can peer through to the working side of the building, which at the time I visited also included the sight of several soldiers hurrying outside for the Changing of the Guard, in various states of readiness.

The main room beyond though contains the rest of the history of the Household Cavalry, which was formed in 1661 under the direct order of King Charles II and much to the annoyance of Parliament at the time.

It acquired a bit of a reputation in later years for being an easy posting, and one which officers were willing to pay a lot of money to join because of the high prestige the post carried. The Cavalry was redeemed though when otherwise seemingly nonchalant officers turned out to be quite brave, if not necessarily competent, and distinguished themselves in battle.

Fortunately, the army was turning from an officers club into a professional fighting force, and buying an officership was banned. As was eventually, the bright red uniforms that are rather revealing of your position when fighting an insurgency. 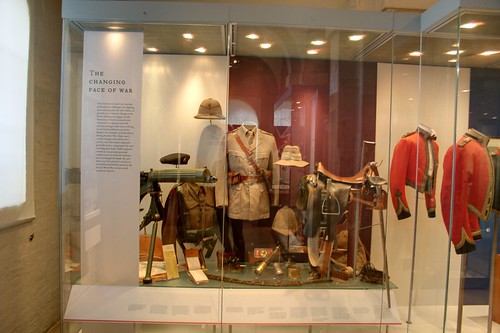 Like any military force, they have suffered their losses, and for me the best display case in the whole museum was the remembrance display – but for aesthetic reasons. They have covered the floor of the display in poppies, which is a very strong reminder of the price that soldiers are sometimes asked to pay. 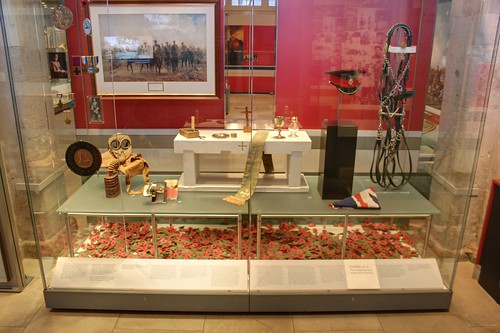 The Olympics display is actually a couple of small glass cases with medals and some photos of the competitors, including the Princess Royal, who is an Honorary Colonel of the Blues and Royals, part of the Household Cavalry. 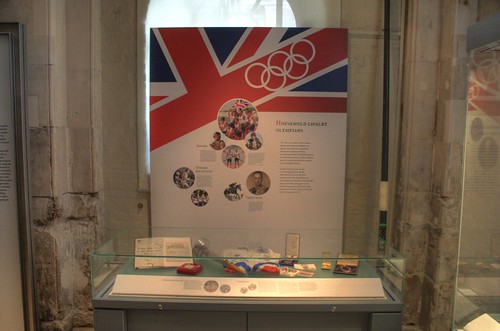 I had the museum largely to myself when I visited, for I cunningly chose to arrive just before the 11am Changing of the Guard when everyone would be outside watching that. If you arrive early, you can go into the museum, pop out to watch the ceremony and then go back inside afterwards.

There is also the daily inspection takes place at 4pm, and has done so ever since Queen Victoria found the members of the Cavalry drunk one afternoon in 1894. She imposed 100 years of daily inspections as punishment, but they decided to keep them going when the punishment finally finished in 1994.

Entry for adults is officially £6. If you pick up a tourist leaflet promoting the museum (available in most tourist information centres, churches etc), it’ll probably have a 25% discount voucher on the back.

A small gift shop also allowed me to add to my collection of collectable mugs. 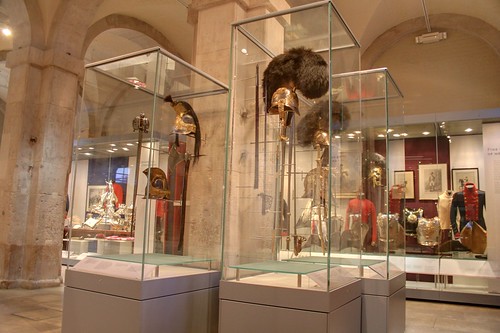