Published on 29 January 2012 by Posted in Transport News

In central London, where bridges are plentiful, then the river is hardly a barrier at all, so a large circle centred on your present location indicating how far you can walk or cycle is reasonably accurate.

However, once you get past Tower Bridge, the bridges cease, and you are left with just a few intermittent tunnels. As the Boris Bikes also move Eastwards, they are going to start bumping up against the river as an insurmountable barrier – so how will the circular walking distance guide react? 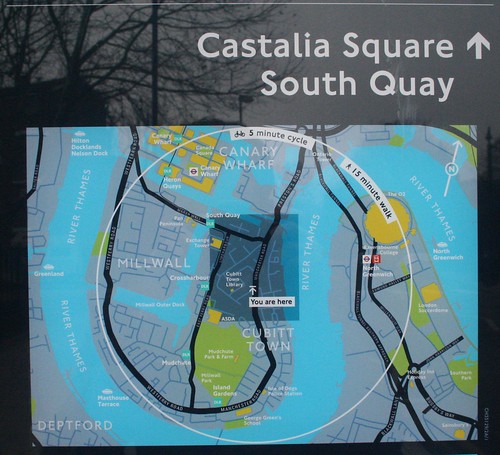 It ignores the river completely.

You can indeed get from Cubitt Town in the Isle of Dogs to North Greenwich on foot, via the Greenwich tunnel – but even the world’s fastest runners couldn’t do it in 15 minutes.

If very fast and incredibly lucky, you just be able to get there if you include the Jubilee Line between Canary Wharf and North Greenwich, but of course, you can’t take Boris Bikes on the deep level tube trains.

I’ve noticed the problem with transport websites that seek to recommend local buses ignoring the Thames, which I live next to, and suggesting buses that are, as the feral pigeon flies just a few minutes away, or about half an hour for those of us unable to walk on water.

Disappointing that TfL fell into the same trap, and so visibly. 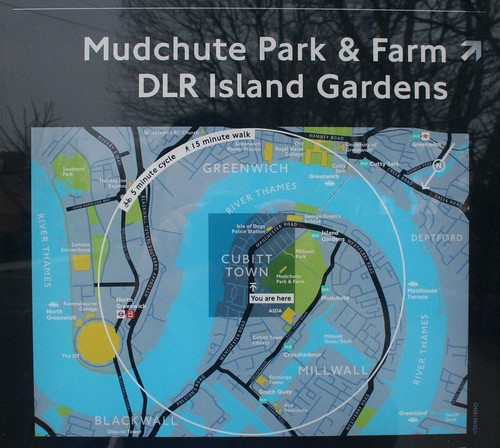 The bike stand has already suffered an accident – as the road traffic warning sign has been hit by a motorist. 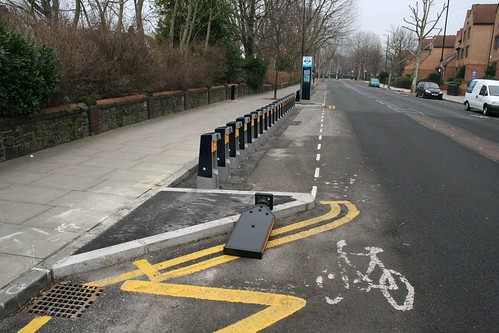