Four chances to watch steam trains running around London today – one leaving at lunchtime and three returning this evening.

People in North London have two chances to watch trains – heading into Euston and Kings Cross.

Firstly there is the The Lindum Fayre, which will run into Kings Cross, via Finsbury Park (21:17) and arriving in Kings Cross at 21:24.

That locomotive is the Britannia Class Pacific 70013 Oliver Cromwell, built in 1951.

Estimated route maps below – should be reasonably accurate unless the trains are doing something odd.

View Steam trains on 4th Dec in a larger map 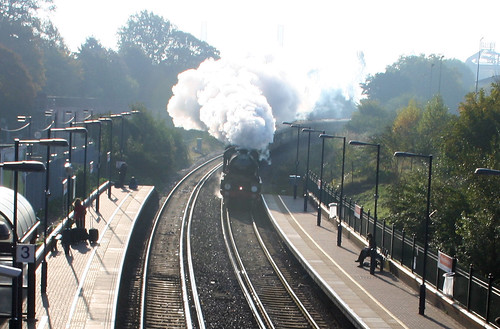