To explain this mammoth task, TfL announced earlier this week that they will open an exhibition about the plans – except that the exhibition announcing this huge undertaking is only open for a few days, and closes this Friday.

So, an urgent trip to see what was on show.

It’s actually quite a small display, being stuck in the reception foyer of the office building that will eventually be demolished and turned into a new ticket hall. A couple of display boards and every tube geek’s favourite thing – a 3D scale model of the Bank tube station.

Fortunately, several knowledgeable staff are on hand to lend context – although everything is still at a very early and speculative stage. 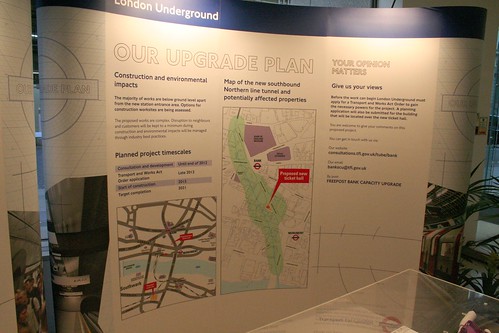 The plans are not significantly different to what they did with the Northern Line at London Bridge. Essentially, a new tube tunnel will be dug for the Southbound service, and a much larger central corridor between the two platforms.

If you look at the 3D model below, the two northern line tunnels are highlighted in black (obviously) and you can see a large amount of magenta tunnelling. The tunnel to the far right is the new southbound platform, and next to it is the new larger corridor that will take passengers to the Northern Line – and have direct access via lifts to the new ticket hall. 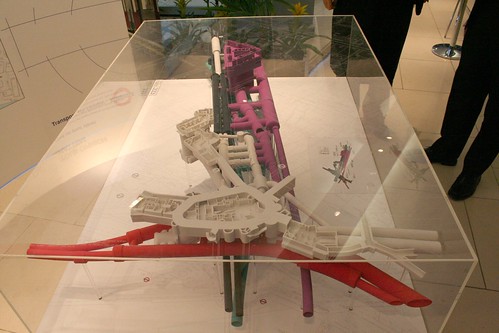 You will also observe a new ticket hall is to be built – and that will help divert traffic away from Bank and Monument, and indeed at ground level sits exactly between the two stations. I suspect a lot of surface works will be needed as well to cope with passenger numbers on a street that has quite narrow pavements. 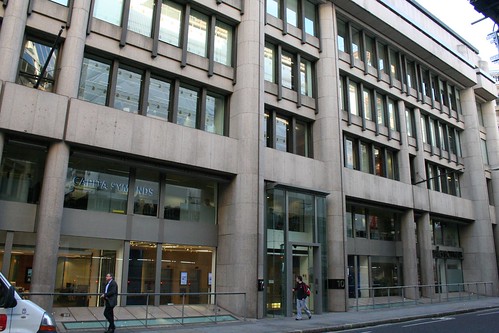 Although they are still working out how to dig the tunnels, from an engineering perspective, having the new ticket hall and lift shafts will make life a lot easier, as you can just dig down, then go sideways as needed.

Hopefully, most of the work will be below the archaeological layer so delays there shouldn’t too much of a problem, although they will have to carry out an unexploded ordinance survey, just in case any lingering remnants of WW2 are in the area.

Removal of the soil is going to be an issue in such a tight area – and they are still working on options. Some might be possibly removed by the existing tube tunnels, but it looks like lorries are going to be the primary method at the moment. River barges seem unlikely for various technical reasons.

They also looked at using the remains of the old City and South London tunnels, but that also looked like it might be more hassle than it was worth.

Considering the tiny footprint they have at surface level to build on, they are likely to reuse the former Jubilee Line extension site in Borough – the Crossbones site – as storage and works.

Seeing the scale of the new intrusions into the Bank complex does go some way to explaining why it will take six years to build this new service as it will roughly triple the passenger space associated with the Northern Line tunnels.

If you can’t get to the exhibition, then an online consultation is here.

Hopefully they’ll put the 3D model on public display elsewhere before the main consultation closes, as they really are like “catnip to tube geeks”. 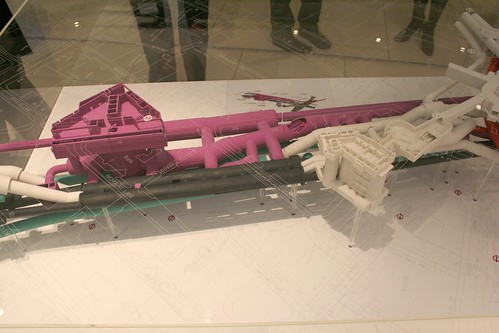 PS – There will be another exit at Bank built before all this happens, but that will be for the Waterloo and City Line, which will come up where a new office block is being constructed right now.