Posted on 8 November 2011 by Posted in Museums, Uncategorised

A few days ago I was approached on Twitter to sign a petition protesting against plans to close the London Fire Brigade Museum.

I demurred from the request mainly as the petition presented no independent evidence that such a plan exists. I rarely sign petitions anyway, but never unless an independent source of the claim being made is available.

There was an incident a few years ago when a petition protesting at plans to ban outdoor drinking in Westminster garnered tens of thousands of signatures, but it seemed that only a handful of people actually checked the facts – which were totally opposite to what was being claimed.

Anyway – the SE1 website has reported that the plans to close the museum are legitimate and will be discussed at a forthcoming meeting.

I am however still uncomfortable with signing the petition as presented though – as I fundamentally disagree with how the museum is run at the moment.

This is a really good museum – damn good actually. 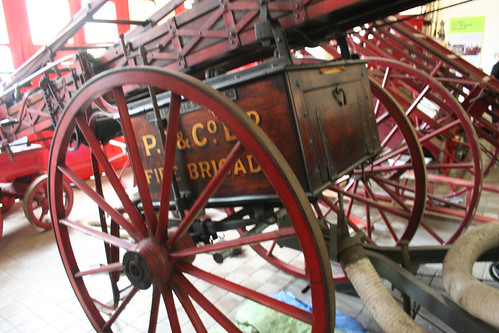 But it is too all intents, impossible for the average person to visit it! The place is only open Mon-Fri and only to pre-booked visitors, which is hardly welcoming to the average family.

Now, if the museum presented plans to change that – and open, for example Tue-Sat and drop the need for pre-booking, then I would be delighted to support the campaign.

The museum is currently £5 per adult to visit and that also gets a personalised guided tour.

Opening it on Saturdays (or all weekend!) and pulling in considerably larger numbers of visitors would make them less reliant on their current annual £81,000 taxpayer subsidy.

To wipe out the subsidy and avoid closure would need 310 visitors each Saturday at £5 per person – which does not sound that onerous for a venue that is just a few minutes walk from the tourist hub of Borough Market and Bankside.

In fact, I think they could easily get away with opening it up to visitors for a lesser fee (£3?) to just wander around and charge an additional £5 for the personal guided tour, which would probably bring in even more revenue.

Sadly, it seems that only two options are being considered – keep the museum as it is, or close it down.

How about a third option, open it at weekends and let the general public in at last.

If you want to sign the current petition though – here it is.