The underground railway in North Korea

About 7 years ago I was finishing a long stint of very hard work, and feeling weary, decided to book a holiday… to North Korea. Because that is the sort of holiday I like to take.

Tourists are not routinely allowed into the secretive country, but there is an English speaking tour group based in China who are able to take small groups into the country for very tightly controlled tours of the capital city and the demilitarised zone.

It was surprisingly easy to book the details, and getting a North Korean visa was considerably less hassle than when I had to apply for a US visa a couple of years later.

Alas, the weary feeling was not tiredness from hard work, but the onset of a serious illness, and I had to cancel the trip just a few weeks before I was due to leave as the illness got worse. Had I gone, in hindsight, I’d have come back in a body-bag.

Since then I have been either too ill, or busy or too poor to make the trip as planned.

However, a friend went a few months ago, and has just given me a bag of goodies he picked up, including a t-shirt and tourist guide to the underground railway in Pyongyang. 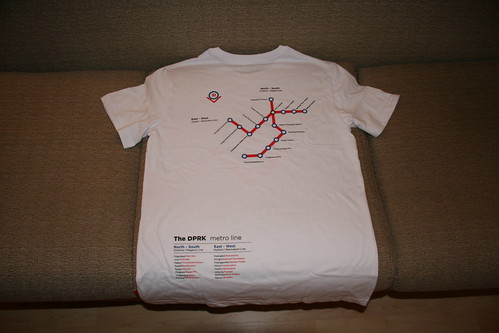 Although quite a small railway it is said to be one of the deepest at approximately 110 meters below ground. By comparison, London Underground’s deepest station — at Hampstead — is a mere 55 meters below the surface.

As the London Underground was used during WW2 as public shelters, the Pyongyang is also designed to act as public shelters should the perfidious South and their American allies launch an attack on the country, and each station has huge blast doors to protect against bomb blasts.

Like many socialist transport networks, it is very grandly decorated. A comment in the booklet that a North Korean returning from overseas had praised the decoration as it was unthinkable that other countries would use high-quality stones for decoration.

Recent stations in London with their bland concrete aesthetic might support that claim, but the Korean President’s assertion that foreign transport networks are built to make money might surprise people considering the scale of the subsidy given to London Underground.

One day, if I ever manage to synchronise health and wealth, I will take a ride on the Pyongyang Metro – but in the meantime, here are a few pages from the metro guide. 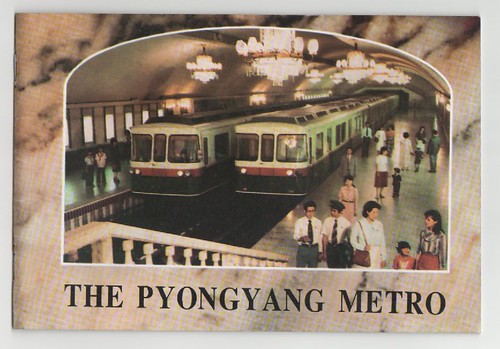 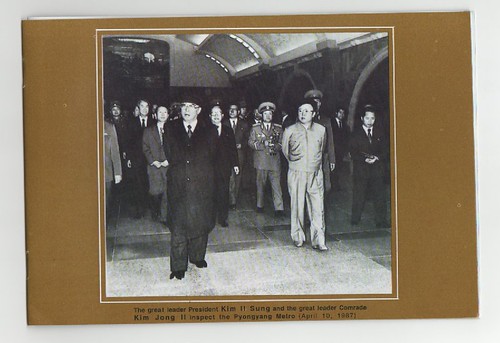 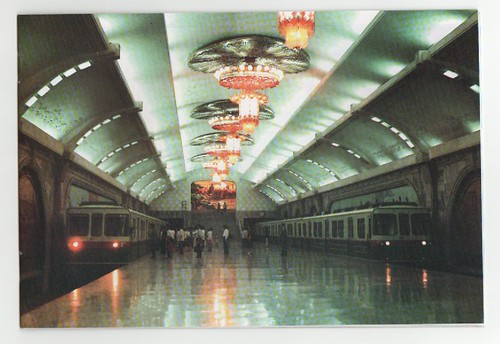 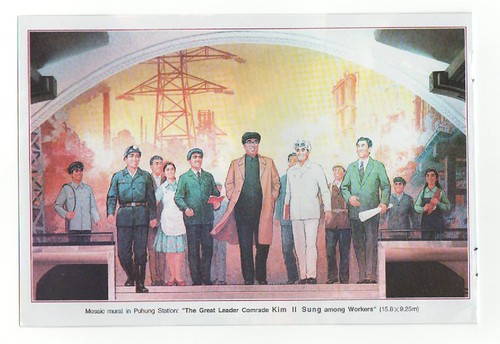 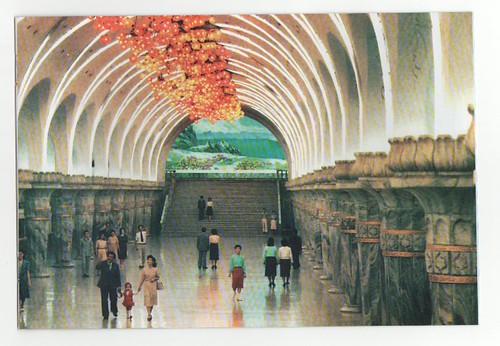 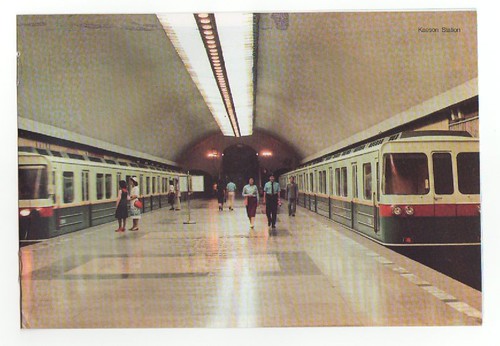 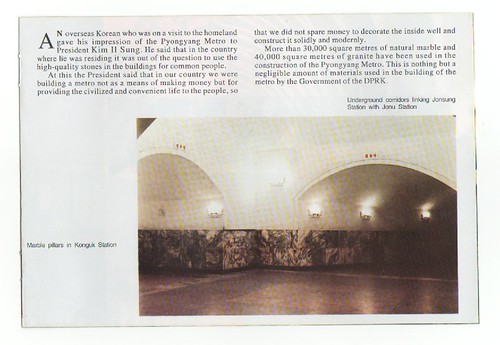 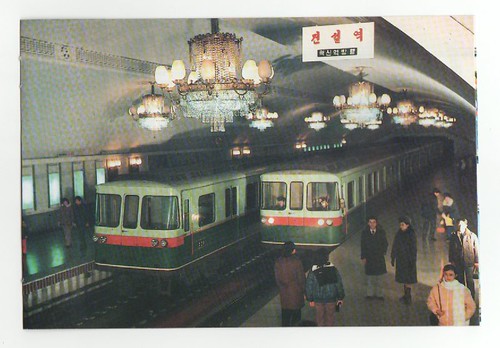 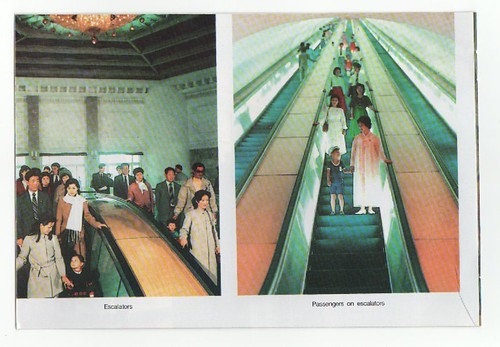 The full collection from the guide are here.

6 comments on “The underground railway in North Korea”