The Dairy Supply Company near the British Museum

Just around the corner from the British Museum is a building with a very distinctive architecture which usually causes people to stop and stare for a moment, even if only to wonder how a Pizza Express has ended up occupying what is proudly claimed to be an outpost of The Dairy Supply Company Limited. 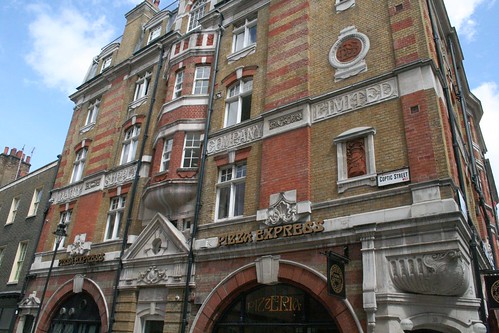 The building – which was built in 1888 – can indirectly be traced back to 1864, when a certain George Barham founded the Express Country Milk Supply Company, which transformed the milk supply industry by bringing milk into the Capital by railway from rural farms, rather than relying on city-dwelling cows.

His timing was fortuitous, as most of London’s bovine supply was cut off by a mass cull of the cows in 1865 due to an outbreak of cattle plague. His business prospered, and by 1885 the “Express Dairy Company Limited” was bringing 30,000 gallons of milk into the capital every night.

He was also an inventor – he invented the milk churn – and set up a separate organisation, The Dairy Supply Company to specialise in selling milk-related hardware.

After his death in 1913, the two companies were handed to his sons, and Colonel Arthur Saxby Barham got the London outpost.

In 1917 three companies, Wiltshire United Dairies, Metropolitan and Great Western Dairies, and The Dairy Supply Company merged in an attempt to cope with distribution problems caused in the London market by the loss of men, vehicles, and horses to the war effort.

In 1959, Cow & Gate and United Dairies merged to form Unigate, but they then sold the milk businesses in 2000 to Dairy Crest. Amazingly, Dairy Crest is now the major competitor to the UK’s other major milk supplier, Express Dairies, the company managed by the other brother from 1913.

So in a roundabout way, two companies founded by George Barham now dominate the supply of milk to the country.

Quite when Unigate ceased to use the building by the British Museum is unclear, but current occupants, Pizza Express certainly took over in 1967. I’ve not been inside, but they are said to have preserved the tiling used the line the walls. 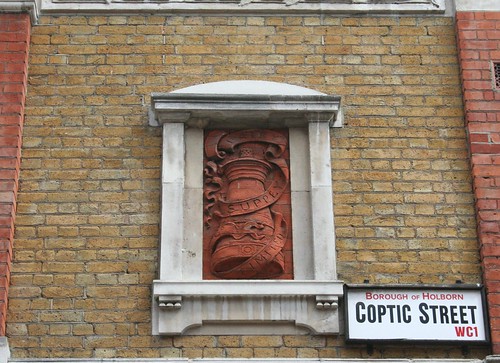 Incidentally, The Shadows bass guitarist, Jet Harris, who died earlier this year, worked at The Dairy Supply Company as an apprentice welder, making milk churns at their Park Royal factory.

Unigate sells its milk operations to Dairy Crest for £220m 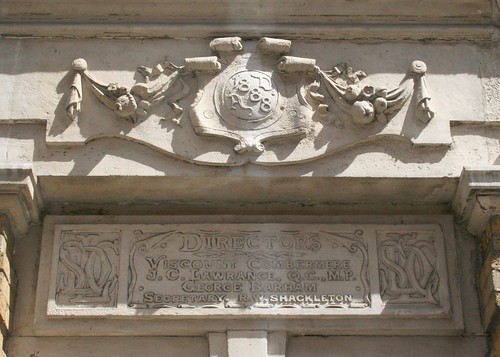 UPDATE – Please don’t send me emails asking about this article, what I have written is the sum of my knowledge and is mainly about an interesting building, and no, I have no idea if that milk pot you own is worth something.