Exhibition about the Thames Cable Car opens at the Building Centre

Posted on 8 July 2011 by Posted in Transport News

After a few months of occasional prodding the river bed looking for unexploded German bombs, earlier this week construction formally started on the Cable Car that will stretch across the river by the O2/Millennium Dome/White Elephant (delete as appropriate).

Coincidentally, a public exhibition has also opened in the Building Centre, which is nowhere near the Cable Car, but just off Tottenham Court Road. 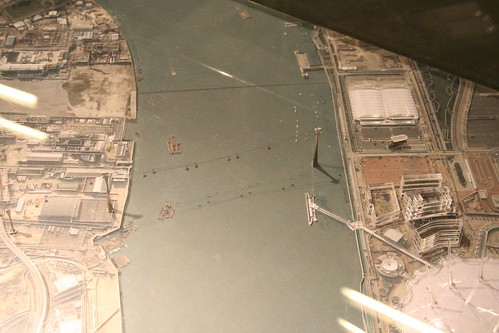 It was good to see a large photo render of the pylons though, and I noted a maintenance staircase inside. Add in a firemans pole and turn that into an attraction as well please!

Otherwise, there is little there that people who like/object to the Cable Car won’t already know, but it is nice to see some of the larger photos, although one otherwise interesting schematic map was ruined by being too tiny to see properly. 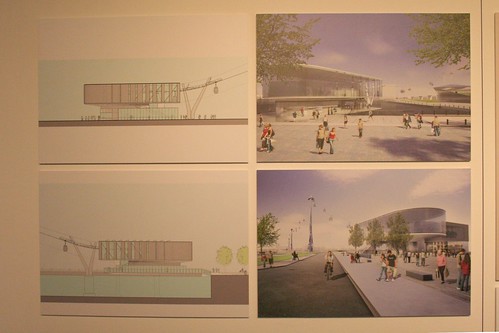 Personally, I am in favour of the enterprise, although I know some quibble about the cost, probably more for political reasons than practical ones. On a practical note, the Cable Car will offer one thing that the rest of local public transport forbids – you will be able to cross the river with a bicycle.

As a final aside, a video showing a computer render of what the journey might look like was being played, and I noticed one tiny detail that is the sort of tiny detail to send certain sorts of people into a frenzy of speculation.

Yes, there is a TfL Roundel outside the entrance to the Cable Car building!

Remember, it is just a mock-up image, so don’t get too excited – but let the speculation begin. What colour will it be, and what text given to the service will be written on it. 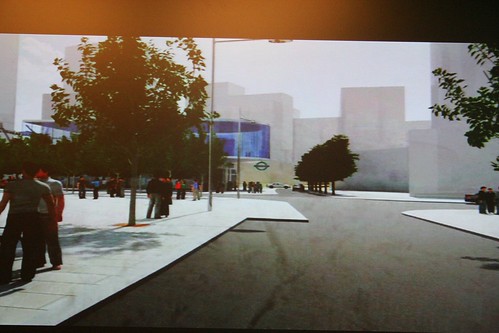 The exhibition is open until the 26th August (Mon-Fri: 9.30am-6pm & Saturday: 10am-5pm). Entry is free, and if you haven’t been before (really?), then allow at least an extra hour for the rest of the place, especially the huge 3D model of central London.