This blog post is part of a series about London’s City Farms.

A short walk from Highbury and Islington tube station is the Freightliners City Farm. The name incidentally comes from the early days of the farm when many of the animals were housed in old train carriages – one of which still remains on the farm.

After a bit of a struggle with the gate to get in – eventually rescued by someone leaving the farm at the same time – I was presented with what looked initially like a large courtyard type farm with a concreted duckpond and several aviaries dotted around the place. 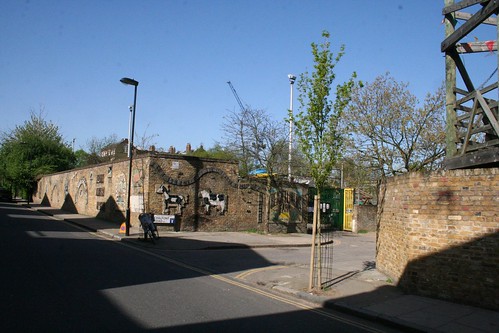 Fortunately, the farm rewards deeper investigation as there are a lot of animals here and pastures behind a side path. Going around the courtyard, there are several animal pens, mainly for the smaller animals such as rabbits, although a mini-enclosure seemed to have been taken over by one of the farm’s three cats. All farms should have a cat!

Some pig-pens seemed to be empty, but going round the corner and you find that the wall the pig pen is next to is one side of a decent sized farm shed, where you can find most of the large animals – including the pigs – and two cows, the goats and sheep. 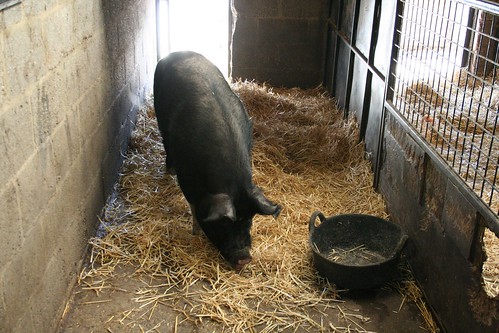 There is also a cosy corridor between some more aviaries and unusually for a city farm, some rather more exotic birds are housed here.

Visitors can sponsor the animals, and (I think uniquely for city farms) they also offer an animal boarding service for family pets while their owners are away. 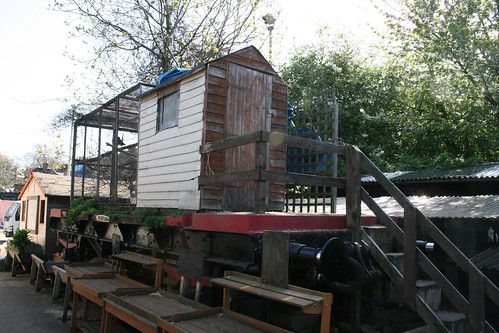 A decent cafe has some nice outdoor seating if you want to linger a while, and the shop also sells approved animal feed.

This is a pleasant city farm to visit with plenty to see in a fairly compact space. Although more of a zoo than a farm in places, the barn and pasture areas do give hints of farm life, and one tree lined avenue is probably going to be delightful to walk along later in spring.

As it is just a couple of minutes from the main centre of town, it also makes an interesting alternative to the local cafes if you want to stop somewhere for a coffee and get a more interesting view to look at than cars driving along the road outside.

Open Tuesday to Sunday. The farm is closed on Mondays except for Bank Holidays.