This is one of two city farms in London that charge an entrance fee (the other being Hounslow) and is sufficiently away from the centre of town as to be almost in the countryside. Indeed, Belmont does not style itself as a city farm, but as a Children’s Farm.

Approaching from the town centre (Mill Hill Broadway), up a very steep hill (walk on the left going back down, the views are better), the farm has a large sign saying that unaccompanied adults are welcome – which managed to reassure while worry at the same time.

This is also one of the few farms to have an on-site car park, which is useful considering the large catchment area it serves. 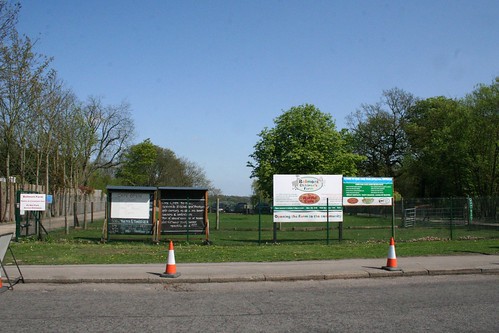 Admission though is a fairly hefty £4.50 per adult and £2 per child (or £12 for 2 adults/2 kids). Extras include buying a bag of animal feed or a ride on the farm tractors.

Once inside, the farm is can be broken into three sections – indoor small animals, a walkway with more birds and some larger animals, and then a separate area with some wallabies, a pony, some reindeer and more birds. The rest of the farm – presumably for the tractor rides and carriage driving lessons is off-limits to foot based visitors.

The interior of the shed is noisy, but packed full of the animals that children love, and lots of tubes running across the ceiling to let some of the animals get between enclosures. I expect that would excite kids if the animals happen to run though them while you are there.

It is also the home of the rabbits, which always trigger the cute factor. 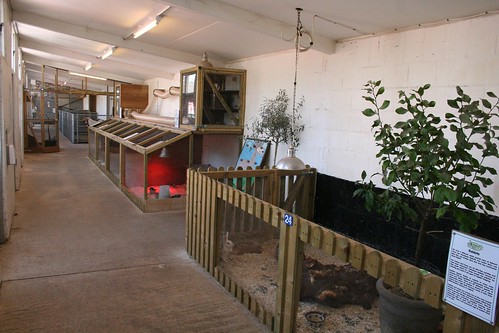 Outside, a long walkway has more birds, and at the top are pigs, the goats and alpacas. On the other side of the farm, around the large cafe area is another guided walkway with more birds, some ferrets and the remainder of the larger animals. 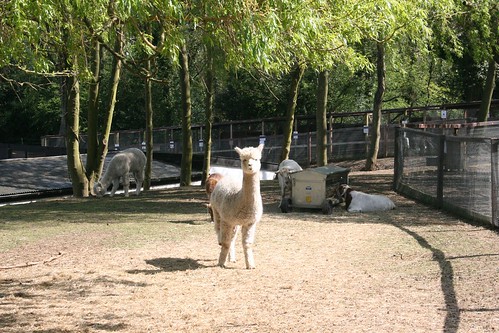 The farm also offers carriage driving lessons and the chance to learn to ride on an artificial horse.

There didn’t seem to be any very large animals such as cows. In fact, this is less a children’s farm than a fowl farm such is the number of birds on display.

This farm has a slightly sanitised atmosphere to it, with everything just a bit too neat and tidy for a farm. Also, some of the birds are behind multiple layers of chicken wire that and act as a quite substantial barrier between human and animal.

The larger animals are more accessible and stroking them is possible (obviously – wash hands afterwards). Although I didn’t take the tractor ride, that looked like it would offer a better view of the rest of the largely arable farm.

I would hesitate to describe this as a farm though, and more as a small zoo with a focus on the avian residents.

Ordinarily, I would say that for people living in the area, with the car park facility for convenience, this would be a place worth visiting, but the entry fee is a bit daunting and I am not convinced it is worth the price for what you get. A family can easily be looking a £20 for a visit including the tractor rides and animal feed – and that is before lunch in the cafe. 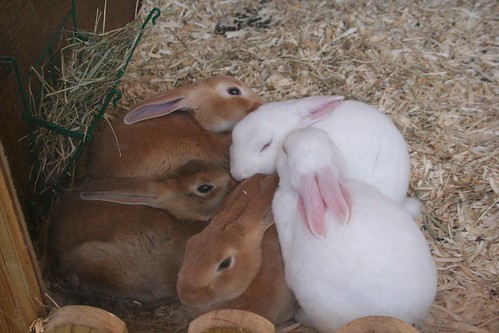 As you leave the farm, just to the left is a pond with an interesting bit of history explained on a sign, and further along the road is the main building for the local school with a quite striking entrance gateway. A decent looking pub is right outside the farm if adults wanted something a little stronger than the farm cafe would offer.