Posted on 17th March 2011 by Posted in Transport News, Underground London — No Comments ↓

No, I haven’t been shrunk down into a miniature me – Crossrail have expanded that tiny model into a huge full-sized model for testing and built it in a warehouse in the Bedfordshire countryside.

And along with a few other people, I got to go and have a play with it. Well, play as in have a look, take photos, get lots of questions answered and generally gawp at the place. 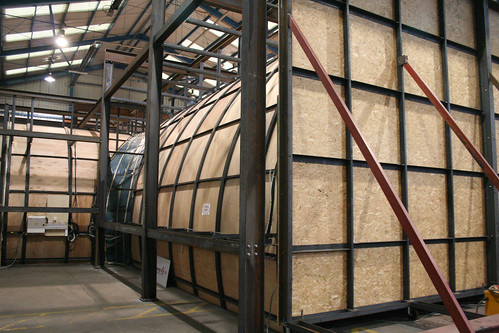 Although the mock-up is to test final finished designs, the actual stations will be built “backwards” from the original plans. The original idea was to dig the large platform tunnels, then when the tunnel boring machines (TMB) arrived, drag it through the finished space them carry on tunnelling at the other end.

Now, they will just run the TBM right along, and then enlarge the tunnel afterwards to turn it into a station. That was proposed by the tunnellers and means their time-scales are not affected by the station works, and should save money and reduce delays. It also has the huge benefit that the soil dug out from the platforms and escalators can be taken away along the the tunnel that already exists. Far fewer trucks on the roads.

Going though a tiny door in a wooden structure, you suddenly walk into a vast space that is sufficiently life-like that apart from the mirrors at each end, you do actually slightly forget that you are not deep underground, but standing inside a steel frame a metre or so off the ground. 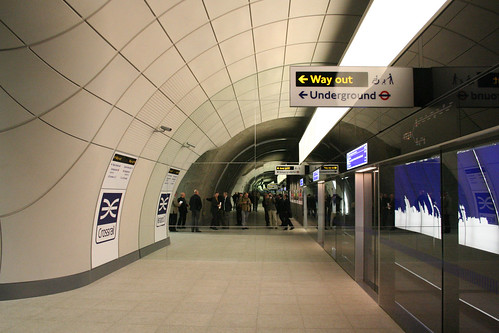 The first things that hit you as you look around is the sheer size of the station platforms – a good 1.5 meters wider than a modern Jubilee Line platform, and double the width of many older tube platforms. As it is a tube tunnel, wider platforms (and trains) means much higher ceilings. While they say that the real tunnels will lose some of the height impression as they will be longer than the mock-up, it will still be a double-story height space that makes a big difference to the older tiny tunnels we are more used to.

The concept, I personally think works incredibly well – although I do wonder if the destination boards above the doors will encourage people to huddle right in front of the doors, and if putting them between doors might be better. But, that is the point of a mock-up, to test these ideas. 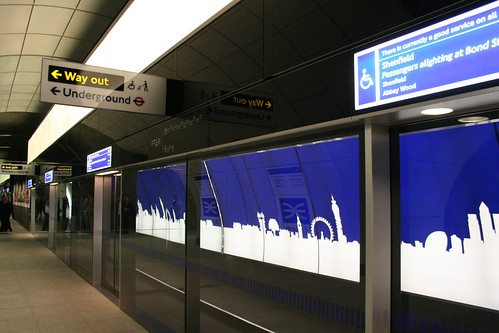 For example – if something dire happened – then the screens can switch over to LARGE warning signs. The same idea is being thought for the inevitable advertising signs that will be mounted behind the glass walls.

Looking above the glass wall/sliding doors and the thin black strip for destination boards (and route maps), is a large glowing strip which will light up the platform. At last no more pockets of light and dark along the platforms as the whole length gets the same levels of illumination.

The light wall being roughly a meter high, but only a few inches thick therefore hides all the ventilation ducts and cabling, so those shouldn’t intrude into the passenger space. Talking of ventilation, yes the stations will be air cooled. Technically not air conditioned due to the lack of dehumidifying, but ventilated with cooled air.

The end result of hiding all the ducts and cables, is a large empty space above the passengers heads unimpeded by the usual detritus of tube stations with lights, security cameras, hanging signs or other messy clutter. 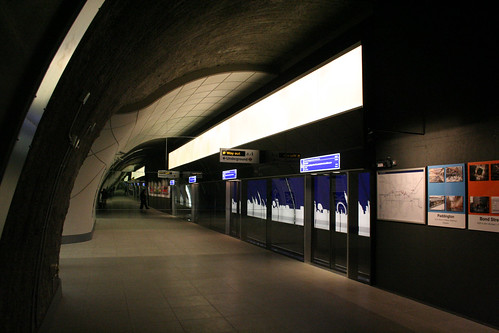 Doesn't convey the size of the station, but does show how uncluttered it will be

The flooring is an experiment as well – testing Terrazzo and Granite – and they will be putting down some samples in Victoria Station shortly to test them for wear-and-tear in a real passenger environment. So, in an odd sort of way, a real bit of a Crossrail station will be feeling the stomp of passenger feet rather sooner than most of us would have expected. 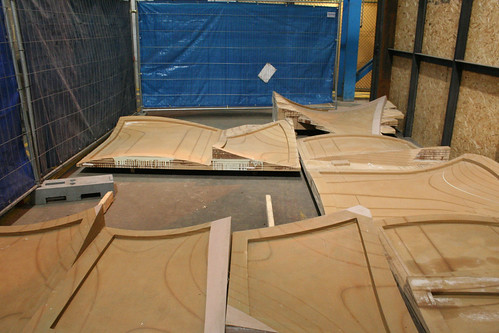